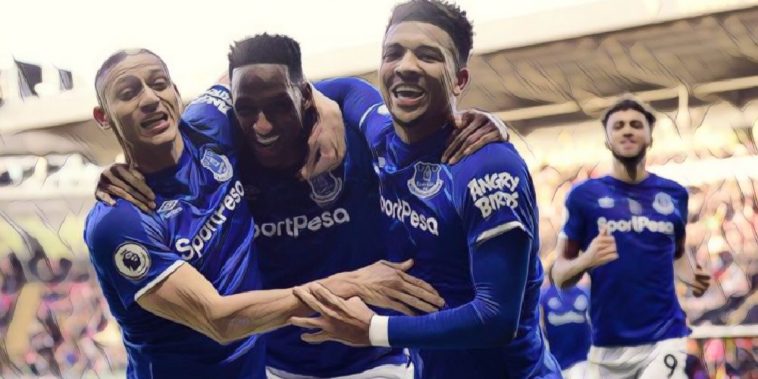 Yerry Mina believes Everton are ‘getting better every day’ under the management of Carlo Ancelotti and has praised the Italian’s ‘approachable’ style since arriving at the club.

Everton have enjoyed a renaissance under the guidance of the three-time Champions League-winning coach since his arrival on Merseyside in December, losing just once in the league since Ancelotti’s arrival.

After a disappointing start to the season, Everton are now one of the most in-form sides in the division with only league leaders Liverpool have taken more points than the Toffees over their past ten Premier League fixtures, the club having moved into the top half and now within four points of fifth-placed Tottenham in the race to secure European qualification.

Mina scored twice during the club’s dramatic comeback win at Watford last time out, and has been full of praise for the former Chelsea manager’s impact since his return to English football, insisting the Blues are already showing signs of improvement under Ancelotti’s stewardship.

“We are getting better every day and working with this manager is brilliant,” Mina told evertonfc.com.

“Carlo Ancelotti is a top manager and coach and a good friend. He is with the players all the time and always smiling.

“This is special because if you have any issues, you can tell Carlo.

“It is important that you can express yourself. Carlo is approachable and you can speak with him in his office to find solutions for anything. This is important not only for me, but for all the players.

“We are a good team and a family. We have to stay together to continue improving and achieving good results.”