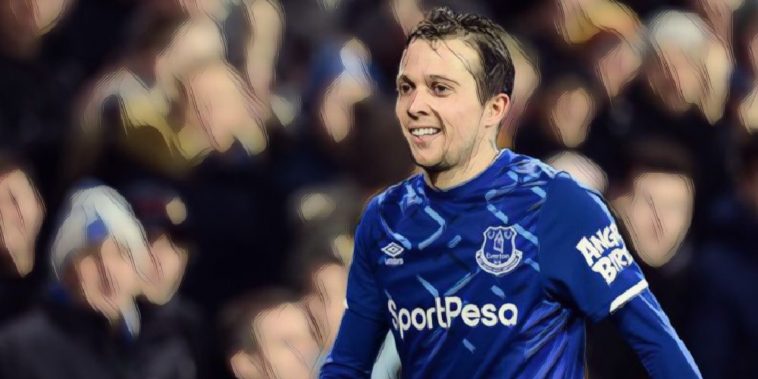 Bernard has discussed his ‘simpler’ role under Carlo Ancelotti at Everton and believes the managers tactical approach is ‘bearing fruit’ for the in-form side.

Everton have enjoyed an impressive start to life under the former AC Milan and Real Madrid manager, losing just once in the Premier League since the Italian’s arrival and moving into the top half of the division.

Only league leaders Liverpool have taken more points than the Toffees over their past ten league fixtures, the club having moved away from relegation worries to within four points of the European places.

Ancelotti’s tenure has also seen the return to form of several of the club’s under-performing stars, Bernard having impressed in recent weeks having found himself on the left-hand side of a midfield four.

The Brazilian international says the position is one he is familiar with from his time at Shakhtar Donetsk, and is enjoying the newfound freedom in being able to drift inside and into space.

Since Ancelotti took over. Everton's on the up and up #EFC pic.twitter.com/tMxOAs42L6

“I like doing that, finding space,” Bernard told The Athletic. “I learnt to play like that under Paulo Fonseca at Shakhtar Donetsk. It comes easily to me and I like doing it again.

“Things are simpler now. What Carlo asks from left-sided players is to come inside and go between the lines. In a 4-4-2 you don’t have a No 10, which was the role Gylfi (Sigurdsson) has played under Marco Silva, so it’s important you need someone between the lines.

Bernard added that he is happy to work defensively and fulfil any role required as Ancelotti looks to bring success to Goodison Park, admitting his focus remains on the team and securing the wins required to climb the table.

“Every coach has got a different style of working but Carlo Ancelotti tries to get the most out of all the players,” he added. “I’m the type of player who has always looked to contribute tactically to the team. I like to help out if I see a team-mate in a one-on-one and also in defensive work I’ll double up on marking.

“To win it helps if you don’t concede. I’m always thinking about scoring goals and making assists but we’re a team and I want to help and not just think about myself. I can’t be selfish. If the team’s doing well that’s good for me — I win from that as well.”