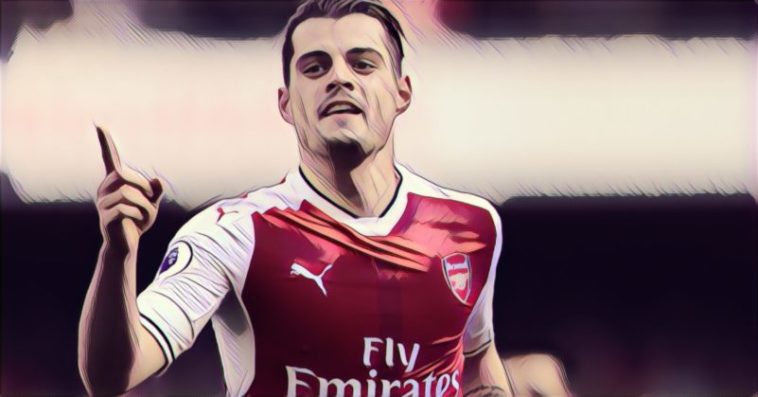 Granit Xhaka has emerged as the ‘leading candidate’ to replace Laurent Koscielny as Arsenal captain.

Arsenal captain Koscielny is looking to force a move away from the Emirates this summer, having refused to join up with the squad for their pre-season tour of the US.

The veteran defender is keen on a move back to his native France, with Lyon, Bordeaux and Rennes all having been linked, with the 33-year-old going on strike following the Gunners rejection of his request to leave.

Koscielny’s actions will see Unai Emery seek a replacement as club captain, and according to the Telegraph, Xhaka has emerged as the favourite for the role.

The Swiss international captained the side on occasions last season, being one of five captains used by Emery in his debut season in charge at the Emirates. Of those five captains, Aaron Ramsey and Petr Cech have both left the club, while Koscielny looks set to follow suit.

That leaves just Xhaka and Mesut Ozil remaining, though question marks remain over the future of the latter. Xhaka has captain experience at both former club Borussia Monchengladbach and with Switzerland, and the 26-year-old could be set to replace Koscielny having grown in stature since his move to Arsenal three years ago.