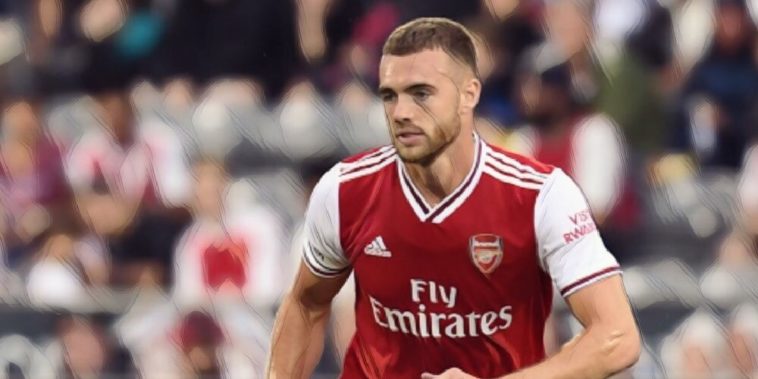 Calum Chambers is hoping he can finally break into the Arsenal team, having matured as a player during loan spells at  Middlesbrough and Fulham.

The 24-year-old joined Arsenal in a £16m deal from Southampton in 2014, though has so far failed to establish himself as a regular at the Emirates.

Chambers has spent the last two seasons away from the Emirates, spending the 2016/17 campaign with Middlesbrough, before making 31 appearances for West London side Fulham last year, although both spells resulted in relegation from the Premier League.

The versatile defender has rejoined the Gunners for their pre-season tour of the USA, and with Unai Emery looking for defensive reinforcements this summer, Chambers is hoping his experience of playing top-flight football can help him break into the Spaniard’s side.

“Arsenal’s the club I’m at, it’s the team I want to play for, so I am taking every day as it goes, enjoying being here, enjoying being with the lads and playing in the pre-season games,” Chambers said.

“I like to stay positive about things, I love playing football and to get an opportunity to play for Arsenal is pretty amazing so I’m enjoying it, being back here with the lads, being with the manager and I’m really gaining from the experiences and learning from the training sessions I’ve had so far.

“It was amazing at Fulham. I think for any player at any level, it’s all about playing and game time, playing regularly and fortunately I got to do that last season and I feel I’ve gained experiences from it.

“I’ve learned a lot of things from it as I did from when I went to Middlesbrough.

“As a team it was disappointing for Fulham but personally, as a player, I thought it was a good experience and good season for me. I feel good on the back of that, I feel confident, I’m looking forward to the season ahead. It helps you add things to your game and finally I can take that into the upcoming season.

“Again, I was concentrating on the games there and obviously the plan is now to stay at Arsenal, play there and see what I can do.”

The five most expensive defenders of all time