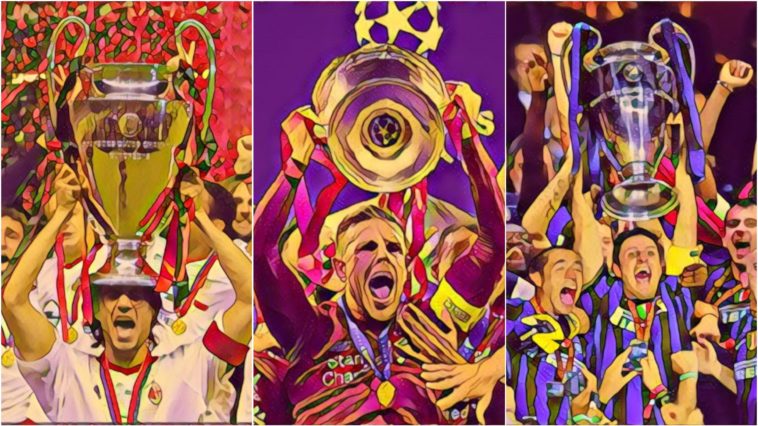 Liverpool versus Spurs will go down as one of the worst Champions League finals since the competition began in 1992-93.

We were blessed this season with an absolutely thrilling Champions League this year, with so many entertaining knockout games that featured unthinkable giant-killings and spectacular comebacks.

And to top it off, we finally got a winner that wasn’t Real Madrid or Barcelona for the first time in six years. 2019 will surely go down as an all-time great year for European football.

Unfortunately, the final will not be remembered so fondly, as Uefa’s showpiece event was a disappointingly drab affair that failed to burst into life.

Finals are not always tremendous spectacles to watch, but a quick look through the previous Champions League deciders down the years shows that we have been treated to absorbing and quality games more often than not. There have been some notable exceptions, however.

Five of the worst Champions League finals since 1993:

There’s a certain irony in this Liverpool team winning a stodgy, cagey match to finally claim a trophy, as they have been possibly the most entertaining and enthralling Premier League side to watch over the past two seasons with their high-intensity style of play.

But why was the game just so damn bad? It wasn’t just the Merseyside outfit’s fault, as Tottenham contributed with their fair share of mistakes and inability to create clear cut chances for most of the game. Mauricio Pochettino’s decision to start Harry Kane, who last saw action in March, didn’t help, as the England striker struggled to bother Virgil van Dijk or Joel Matip.

Liverpool did, however, have a pass completion rate of 64%, the lowest of any winner of a Champions League final, while they also had less possession than their defeated opponent, which hasn’t happened since 2010.

Some of this has been widely explained by two things: the three-week break which, while it gave both sides the opportunity to refresh, meant that neither were at optimum capacity, and the heat, which stifled the players on the field.

But there’s also the fact that these two sides knew each other so well, perhaps too well, for this game to be a classic. Knowing one another’s strengths and weaknesses so intimately lead neither manager to take any risks in their approach. The early goal also allowed Liverpool to defend something rather than having to chase the game.

Look back at how Liverpool won their 6th European Cup against Tottenham.#LFC #6Times #YNWA
🏆🏆🏆🏆🏆🏆 pic.twitter.com/CUxknGP7wc

Jose Mourinho, on punditry duty for Bein Sports, summed it up well with his analysis of the game: “I think the three midfield Liverpool players … played on a straight line in front of a back four,” he said after the game.

“You don’t remember Henderson, Wijnaldum, Fabinho, Milner being close to the three attacking players, to have one arrive in the box, nothing. They stayed in a block of seven, they were very pragmatic, very solid defensively. Because it is a Champions League final, it has this emotional side of it, but I think the quality of the game was not good.”

You can almost hear pride in the former Manchester United manager’s voice when describing Liverpool’s method, but in a way, they had to win a game of this magnitude this way though. Under Jurgen Klopp they have lost three finals, and have conspired to throw away victories in other games where the result appeared to be set in stone (the 3-3 draw with Sevilla in 2017 comes to mind).

Sick and tired of moral victories, a win was the only acceptable result in Madrid, even if it meant doing it the ugly way.

Speaking of Jose Mourinho, it should be no surprise that one of his teams finds their way onto this list.

The Portuguese manager lead his Inter Milan side to Champions League glory in 2010 by playing a clever counter-attacking strategy that saw them knock Pep Guardiola’s might Barcelona out of the competition at the semi-final.

Bayern Munich, who had beaten Fiorentina, Man United and Lyon in the knockout stages, were under the tutelage of Louis van Gaal, whose approach of sterile possession was the perfect foil for Mourinho’s tactics. Once Arjen Robben and Franck Ribery, the German outfit’s most incisive attackers, were shut down, then it was a walk in the park for the Nerazzurri.

Inter strolled to a 2-0 win in a rather uneventful match, which has some parallels with this year’s final: they too had less possession despite winning, and they also kept a clean sheet, which has occurred in just three of the last ten finals.

Read: The five highest scoring teams in the 2018/19 Champions League

Much like this season, 2003 had a damp squib of a conclusion to an absolutely thrilling season that featured all sorts of upsets and huge comebacks. Deportivo La Coruña knocked out the previous year’s runners-up Juventus before staging a stunning comeback against the reigning champions AC Milan. They would bow out to Porto thanks to a typical 1-0 scoreline for the Portuguese side, who themselves had shocked Man United with a last minute goal at Old Trafford.

Monaco, meanwhile, had unceremoniously dumped out Real Madrid’s galacticos and Claudio Ranieri’s Chelsea on their way to the final, but despite containing the likes of Fernando Morientes and future Champions League winners Ludovic Giuly and Patrice Evra, they were no match for their opponents.

Porto shut them down effectively and without fuss with the goals coming from Carlos Alberto, Deco and Dmitri Alenichev. The game trundled to conclusion with any drama or excitement, despite being a contest between two surprise teams.

Read: Five of the most memorable Champions League finals

There have only been four finals that have ended in draws in the history of the European Cup, the worst of all arguably being Red Star Belgrade’s penalty shootout victory over Marseille in 1990. A close runner-up would have to be the all-Italian final of 2003.

The game itself was a tactical masterclass in defending, with each side restricting the other to only half chances. Gianluigi Buffon, Lilian Thuram, and Alessandro Nesta were all on point that day, while Paolo Maldini was unsurprisingly named man of the match.

As a spectacle though, it was a boring game to witness, with our collective suffering extended by 30 minutes of extra-time after neither side could break the other down in regulation. Andriy Shevchenko did have an early goal ruled out due to a negligible offside ruling, but the Ukrainian did score the winning penalty to see the Milanese outfit lift the trophy at Old Trafford.

When Silvio Berlusconi devised the idea for the restructured European Cup, I can’t imagine he envisaged his own club losing the first final under its new guise in a desperately poor game.

The Italian media tycoon and AC Milan owner was the catalyst for the Champions League, proposing the introduction of group stages into the competition in order to get more matches between Europe’s best teams and, of course, increase the value of broadcasting rights.

Ever since the expansion of the tournament, it has gone from a prestigious knockout competition to one of the biggest phenomenons in all of sport, watched by millions of viewers the world over. But one probably would not have predicted that outcome after watching this drab encounter.

Goalkeeper Fabien Barthez and centre-back Marcel Desailly were in imperious form for Marseille, who won thanks to Basile Boli’s header from a corner. Other than that, it was a rather forgettable match.

See Also: Every club to have qualified for next season’s Champions League