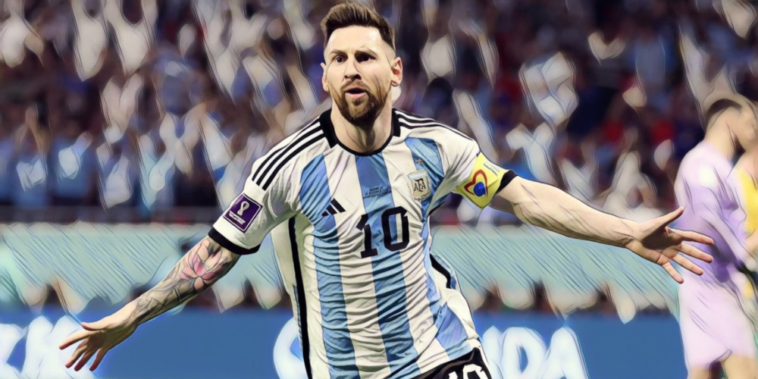 As the World Cup prepares to enter the quarter-final stage, we’ve reflected on the major goal contributors in Qatar so far.

Here are the players with the most combined goals and assists at the 2022 FIFA World Cup.

Spain suffered an early exit from the competition, losing to Morocco in a last-16 upset. La Roja had began the tournament in sublime fashion with a 7-0 thrashing of Costa Rica, before squeezing through as Group E runners-up after dropped points against Germany and Japan.

Alvaro Morata was the key contributor for Spain, despite starting just one game in Qatar. Luis Enrique opted against a recognised centre-forward for much of Spain’s campaign, despite Morata’s contribution when on the pitch.

Put some respect on his name 👏 pic.twitter.com/LKcxTcI2rM

The 30-year-old scored one and created another off the bench against Costa Rica, before another super-sub showing earned Spain a 1-1 draw with Germany. He added another goal in the defeat to Japan, but was again left out from the start as Spain exited on penalties after a goalless draw with Morocco.

Morata averaged a goal or assist every 46 minutes in Qatar.

Harry Kane has provided four goal contributions during England’s run to the quarter-finals, with no player having created more goals than the Three Lions’ captain.

The 29-year-old finished as the leading scorer at the 2018 World Cup, but has taken on a more creative role in Gareth Southgate’s side this time around with three assists.

He did score his first goal of the World Cup during the 3-0 last-16 win over Senegal, and is now within one goal of levelling Wayne Rooney’s all-time record for the national side.

His strike against Senegal was also his 11th in major tournaments for England, overtaking Gary Lineker (10) as the Three Lions’ record goalscorer in major finals.

Goncalo Ramos has hit the headlines following an extraordinary full debut for Portugal, with the forward – in as a replacement for Cristiano Ronaldo – scoring a stunning hat-trick against Switzerland.

Ramos was the inspiration behind Portugal’s 6-1 thrashing of Switzerland in the last 16, as he scored three times and created another for Fernando Santos’ side.

The 21-year-old had featured for just 35 minutes at international level before the game, but became the first player since Miroslav Klose two decades earlier to score a hat-trick on their first World Cup start. He was also the World Cup’s first treble scorer in the knockout rounds since 1990 and, aged 21 years and 169 days, is the youngest to score a hat-trick in the competition since 1962.

Only a 17-year-old Pelé (1958) has ever scored a knockout stage hat-trick at a younger age.

Lionel Messi has led Argentina’s path in the knockout rounds, as the South Americans have bounced back from a shock setback against Saudi Arabia in their opener to reach the last eight.

Messi has scored three goals and created another, producing a man-of-the-match performance as Argentina beat Australia to set up a quarter-final date with the Netherlands.

Lionel Messi has 789 goals in 1000 games… whilst also being the best creator of all time.

A lot of people still don't realise just how insane that is. pic.twitter.com/E0pUyopozD

It has been arguably Messi’s best run of performances at a World Cup, in what represents the 35-year-old’s final chance to be crowned a world champion.

Argentina have not won the World Cup since Diego Maradona inspired the side to success in 1986. If Messi can emulate that achievement in Qatar, his claim as football’s greatest will be an even stronger one.

Bruno Fernandes has been an integral figure in Portugal’s tournament to date, with the midfielder having been directly involved in five goals at the finals.

Fernandes assisted two goals in the opening win over Ghana, before scoring a brace as Portugal beat Uruguay 2-0 to book their place in the knockout rounds. The Manchester United midfielder added his third assist – the joint most in the tournament alongside Harry Kane – with a corner delivery for Pepe in the last-16 thrashing of Switzerland.

5 – Bruno Fernandes has been directly involved in five goals in three games at the 2022 #FIFAWorldCup (two goals and three assists); the most by a Portuguese player in a single edition of the tournament since 1966 (10 Eusébio & 6 José Torres). Class. pic.twitter.com/fQ1uX3HuR1

His five goal contributions are the most by a Portuguese player in a single World Cup since 1966, when Eusebio (10) and Jose Torres (6) bettered that figure during a run to the last four.

Kylian Mbappe has been in frightening form for the French so far, with the forward involved in seven goals in just four appearances.

The 23-year-old was named as the World Cup’s Best Young Player in 2018 and is on course to win the senior accolade this time around, if he can maintain the standards set so far.

Mbappe’s five goals include braces in wins over Denmark and Poland, with the Paris Saint-Germain star two clear in the race for the tournament’s Golden Boot.

He has now scored nine goals in just 11 appearances at the World Cup, a figure that matches the career totals of Lionel Messi, Roberto Baggio and Eusebio.

It’s a phenomenal record for a footballer who is arguably the most decisive player in the game right now. Stopping Mbappe – a task easier said than done – will be key to England’s chances ahead of a huge quarter-final this weekend.