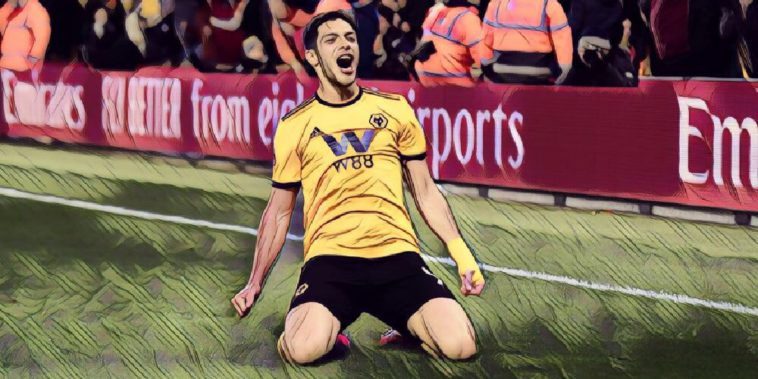 Wolverhampton Wanderers hosted Manchester United at Molineux this Saturday evening in the 100thmeeting between the sides in all competitions.

Nuno Espírito Santo’s side were aiming to reach their first FA Cup semi-final since 1998 and overcome last season’s runners-up, who had a point to prove themselves following last Sunday’s defeat to Arsenal.

After a slow start to the match, with both sides opting for a more conservative approach during the opening exchanges, Wolves upped the tempo in the second half, striking twice through Raul Jimenez and Diogo Jota before Marcus Rashford pulled back a late consolation.

Here are five things we learned from the FA Cup quarter-final.

In a period where many clubs with varying ambitions see the FA Cup as little more than an unnecessary distraction, tonight’s game was a refreshing change, with both teams naming full-strength sides.

Both managers clearly hold the competition in high regard, having named strong sides in each of the last three rounds and they had been rewarded with their progression to the quarter-final stage.

Whilst the conservative approach of both sides may have stifled some of the quality on display, having both side’s best players involved added to the intensity of what was an enthralling cup tie.

Romero is a classy cup keeper

In the Premier League and Champions League, Manchester United goalkeeper Sergio Romero finds himself stuck behind David De Gea in the pecking order but tonight he showed off his shot-stopping ability, racing from his line to thwart Diogo Jota towards the end of the first half.

He followed this up with an even more impressive save, tipping over Raul Jiminez’s powerful header at the start of the second half to keep the scores level. Despite the Argentine’s best efforts, he was eventually beaten twice – the second of which he may have done better with – as Wolves turned the screw in the second half.

Without Romero’s impressive stops either side of half time, Wolves may have run out far more comfortable winners. The Argentina international regularly steps up when he is called upon during cup competitions and his performance today cemented his position as one of the world’s best back-up keepers.

Wolves’ top two do the damage

Since the turn of the year, Wolves have adopted a 3-5-2 formation, which when used by lesser sides can often see the two strikers isolated and detract from the teams counter-attacking threat.

That Wolves remain a constant threat on the counter is a testament to their front two, Diogo Jota and Raul Jimenez. A throwback big-man and little-man combination, they linked up superbly tonight, with both strikers unselfishly running the channels and contributing a goal each.

Manchester United’s defence could not live with their movement or link play, with Jimenez putting in a particularly impressive display, scoring for a fourth consecutive match. In contrast, the Red Devil’s front two of Rashford and Martial struggled to get into the match and in the end, Wolves’ ruthlessness in front of goal proved decisive.

The Wolves project reaches another milestone

When Nuno Espirito Santos was appointed as Wolves manager at the start of 2017-18 season, few would have predicted his side’s meteoric rise over the past 18 months. Santos’ side coasted to the Championship title last season and have taken Premier League football in their stride this campaign.

Whilst many Premier League sides choose to discard the cup competitions, Nuno has taken the FA Cup seriously from the off, whilst maintaining a lofting league position. He and his side have been rewarded with a trip to Wembley next month and in their current form, they will fancy their chances of winning their first silverware since 1980.

Since Ole Gunnar Solskjaer’s surprise arrival at Old Trafford, he has managed to haul United back towards the top four race and inspire a seemingly unachievable comeback against PSG – but the last seven days have seen the Norwegian hit his first stumbling blocks.

Last Sunday’s defeat to Arsenal damaged their Champions League qualification ambitions and today’s elimination from the FA Cup put paid to their best chance at winning some silverware this season.

Solskjaer has plenty of credit in the bank from the impressive start to his managerial stint but he must quickly reverse this side to ensure that they make the top four and to prove his resilience to the Manchester United board.