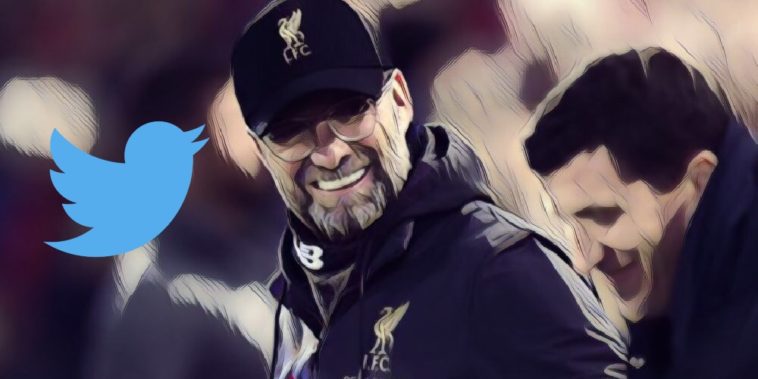 When you love your job, you can’t help but strut.

This linesman thinks he's cock of the walk pic.twitter.com/14gDfRWH40

The Liverpool manager, but in autotune:

This is why I love the Championship.

Leave the Panenkas to the professionals.

And yet another reason why the Championship is the best.

I'd like to see Theresa May try and defend against @LeroySane19 https://t.co/tvgjlgdFIn

That giant inflatable Maradona will kill us all!

This is the stuff of nightmares #Maradona pic.twitter.com/jFclhRV8qr

Here’s a nice thread on Argentina’s obsession with inflatable tunnels.

Why in the bloody hell did none of his teammates warn him?

When you buy the wrong size jeans in Topman.

Zidane’s return to Real Madrid didn’t start quite how we expected.

The commentator for Cheltenham’s game on EFL on Quest made 10 horse racing puns in just over a minute’s worth of highlights, and I think that’s outstanding. pic.twitter.com/zqRiFoIFUm

The footballer who went on Countdown.

Bohemians striker Dinny Corcoran was a contestant on the popular TV show this week, but hoped that no one would cop that it was him, saying “I didn’t think so many people would be watching Channel 4 on a Monday afternoon.”

A man of many talents. ⏱️ pic.twitter.com/MwAK75zTvO

The mathematical conundrum he had to solve was, quite fittingly, ‘442’.