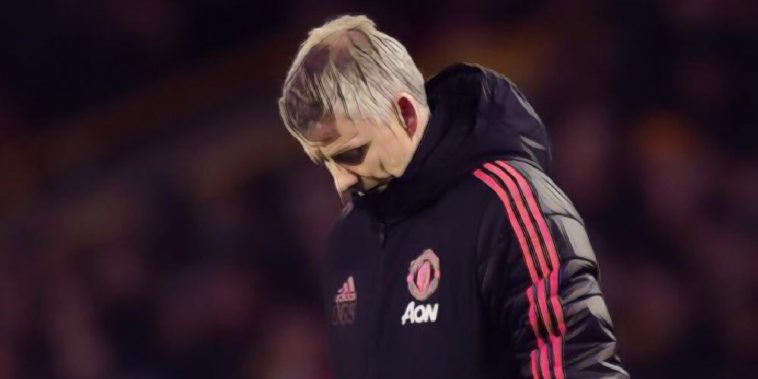 Ole Gunnar Solskjaer has admitted that Manchester United’s performance against Wolves was the worst of his tenure after seeing his side dumped out of the FA Cup.

Manchester United fans had been looking towards their third FA Cup semi-final in four years, but found themselves being dumped out the famous competition at the hands of Wolves, who progressed to the last four thanks to second-half strikes from Diogo Jota and Raul Jimenez.

Marcus Rashford netted a late goal for the visitors, but it would prove to be little more than a consolation, leaving Solskaer to condemn his side’s ‘disappointing’ performance.

“We started too slowly and played into their hands. Our possession wasn’t bright enough and quick enough, so it’s disappointing,” Solskjaer told BBC Sport.

“I didn’t think we had enough quality in the last third, enough combination play. We had decent dominance with the ball in the first half but that doesn’t help if you give the ball away and they can counter.

“This was a big step backwards, mainly because of the quality of the possession and the passing.”

The 2-1 loss was the first time Solksjaer has tasted two consecutive defeats during his time at Old Trafford, and the Norwegian admitted that his side were ‘poor’ today at Molineux.

“Some of the players go away with the national teams and they’ll enjoy the break. We’ve got to go again. We’ve had a great run and now we’ve had two defeats. Against Arsenal, we just couldn’t score and today was poor – the poorest we’ve played,

“I’m here until the summer, we’ve got loads to play for in the league and the Champions League.”