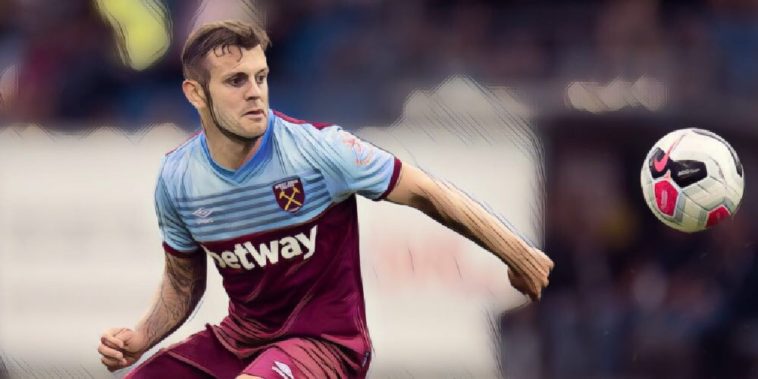 West Ham’s Jack Wilshere says it is a ‘dream’ to be a midfielder in Manuel Pellegrini’s side, praising the wealth of attacking options at the club.

West Ham responded to a disappointing pre-season trip to Asia with a 1-0 friendly victory over London rivals Fulham on Saturday, midfielder Manuel Lanzini scoring the only goal of the game.

Wilshere played in midfield in an attacking line-up for Pellegrini’s side, with West Ham fans also being treated to their first glimpses of summer signings Pablo Fornals and Sebastien Haller, and the 27-year-old insists it is a ‘dream’ to play alongside the club’s creative talents.

“Going forward we’ve got so many players who can create something,” Wilshere told whufc.com “As a midfielder, it’s a dream, because you know if you give the ball to somebody they’re either going to give it back to you or turn and make something happen. It’s good to play in a team like that.

“In Haller, we have the big man up front. You give the ball to him and he bounces it back, or he can run behind. He’s strong so he can hold it up too.

“Pablo also looked like he’s been here for years. He played in that No10 position and he kept the ball moving. He showed a little bit of skill and he gets in the box. You can see him getting some goals this year and making some goals. They’re both great additions to the squad.

“We’ve got players as well who can come in. Mark Noble, Carlos Sanchez, Robert Snodgrass are all players that make things happen and it’s good for us to have that competition.

“Lanzini scored a good goal too. He does that all the time in training. I said to him that he should shoot more. I like him in that position because he cuts in. He can pick up the ball in that pocket, he can beat a player, he can play a one-two and cut in and have a shot. It was a great goal!”

Tweets of the Week: Kolasinac the beast, Özil’s burn, and the perfect transfer