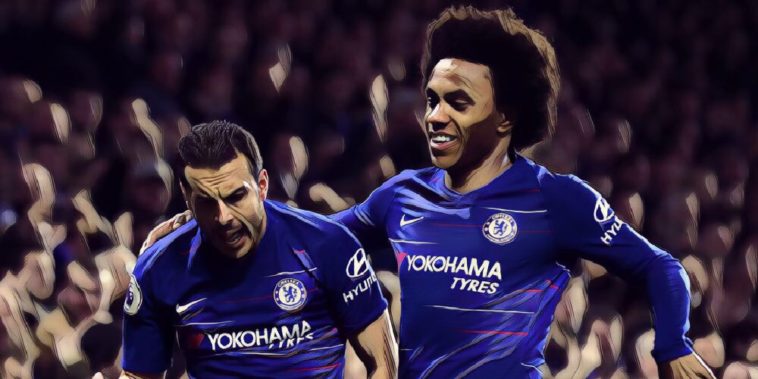 Willian has revealed his desire to stay at Chelsea despite the club being yet to offer the winger an extension to his current deal.

The Brazil international has entered the final year of his contract at Stamford Bridge and terms are yet to have been offered over a new deal, with the 31-year-old set to become a free agent in the summer, meaning he will be free to speak to prospective suitors from outside of England in January.

Willian signed for Chelsea in a £30m deal from Russian side Anzhi Makhachkala in 2013 and has since gone on to win five major honours, including two Premier League titles, in six seasons at the club.

Despite the uncertainty surrounding his future, Willian admits his preference is to remain in west London as he seeks to win further silverware and extend his ‘perfect’ stay at Chelsea.

“From my side, I want to stay. I have one year left and I want to stay because I like to play for Chelsea,” Willian told the London Evening Standard.

“I love this club, I love to live in London and my family loves it here. I have been here six years already so everything is perfect for me. Of course there is more I want to do at Chelsea, win the Champions League!

“I want to win more titles here, I want to play more games, to score more goals so everything that I can do, I will try hard to do.”