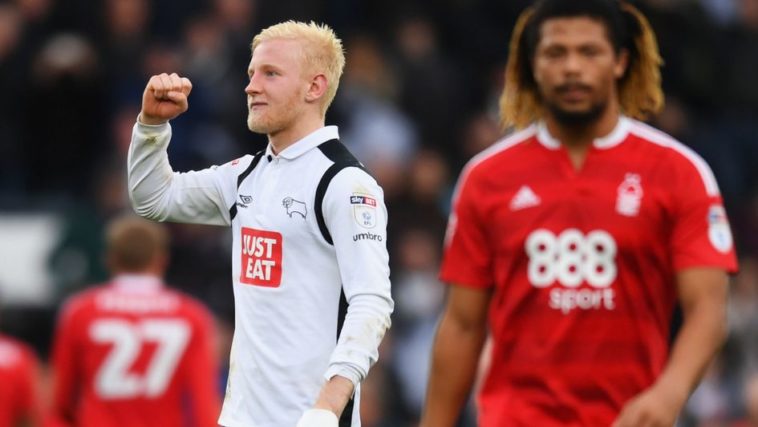 In the past 24 hours rumours of Will Hughes completing a move to Watford have intensified. The Derby County player is reportedly set for a move to the Premier League club.

According to the Sports Mole, it has been reported that Derby County midfielder Will Hughes, is edging closer to completing a move to Premier League side Watford. The fee is also reported to be within the region of £8m.

The 22 year-old is currently away on international duty with the England Under-21 squad. However upon his return from U-21 European Championships, Hughes is expected to finalise and complete a move to the Hornets. Therefore in-turn this would end his six-year stay at Derby.

During his time at the Midlands club, Hughes has made 165 appearances for the Rams. In addition to this his performances have constantly attracted heavy interest, including from the likes of Manchester United, Liverpool and more.

Finally after seasons of speculation, it would appear as if Hughes is set for a move to the top-flight. Still aged just 22-years-old, the youngster shall more than likely get a look in at the Hertfordshire club. It shall be interesting to see what newly appointed manager Marco Silva has planned for the midfielder.

Watford fans: Are you pleased with this potential signing? Does Will Hughes fit in the side? Let us know