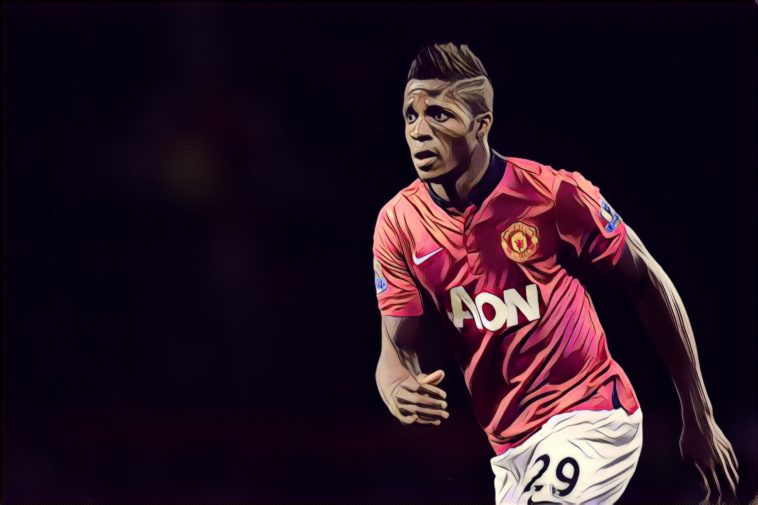 Wilfried Zaha has described his brief spell as a Manchester United player as ‘hell’, saying he struggled with being away from his family.

Zaha agreed to join Sir Alex Ferguson’s Manchester United side back in 2013, but by the time he made the move to Old Trafford that summer, Sir Alex had retired, and instead, he would be working under the much less inspiring figure of David Moyes.

He had earned a reputation as an exciting and dynamic winger, helping Crystal Palace gain promotion to the Premier League.

However, opportunities at Old Trafford would be heavily restricted, and eventually returned to Selhurst Park in January 2015 having failed to find the net for the Red Devils.

Back on his old South London stomping ground, Zaha has gone on to fulfil his early potential becoming an integral part of the Eagles side, but has now opened up on his struggles during his time at United:

“I was dealing with this at 19,” Zaha told Shortlist. “Living in Manchester by myself, nowhere near anyone else, because the club had a hold over where I lived.

“They hadn’t given me a car, like every other player [had]. Nothing. I’m living in this hell by myself, away from my family, and I thought, ‘If this doesn’t make me stronger, what will?’

“When I was at United I had money, but I was still so down and depressed. People think your life’s different because you’ve got money, you’ve got fame, so they don’t treat you the same.”