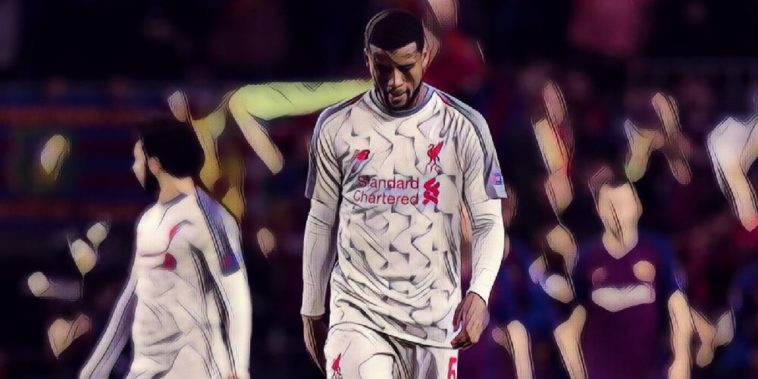 Liverpool midfielder Georginio Wijnaldum has admitted that the 3-0 loss to Barcelona has left the squad devastated, but insists they still believe in their ability to turn the tie around.

Jurgen Klopp’s side played well in the Nou Camp, and will consider themselves unlucky not to have scored at least one away goal after creating a number of chances against the La Liga champions.

However, Luis Suarez’s goal against his former club was followed up by two strikes from Lionel Messi, with the Argentinian hitting a perfectly placed free kick into the top corner to seal a comfortable looking 3-0 scoreline.

Looking back on the tie, Wijnaldum thought that Liverpool ‘played a good game’, but insisted that he and his teammates still believe that they can make it through to a second successive Champions League final.

“We were really disappointed after the game because we played a good game but lost 3-0,” Wijnaldum told Sky Sports News.

“We were really devastated. [But] you always have to regroup, even after winning a game. You have to try and do the things you did well again and change the things that you didn’t do well.

“We’ve had games where we’ve not played as well this season and won. With a little bit of luck, we’d have scored a few goals that would have made it easier for the return, but it didn’t happen.

“That’s football and we have to deal with the situation we’re in. The most important thing is that we believe.”