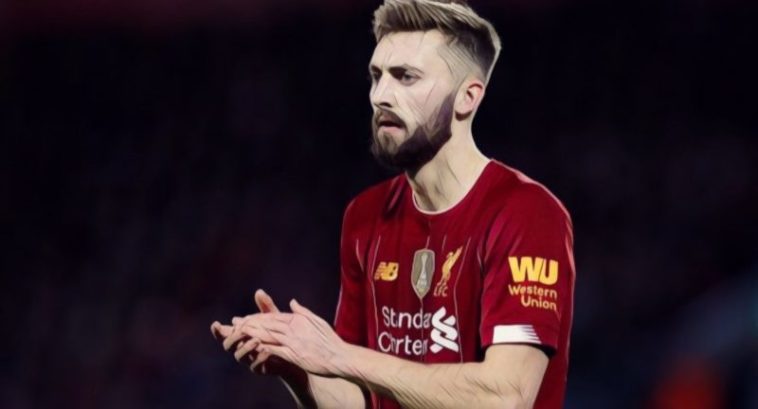 Waiting in the airport to catch a flight home ahead of a planned visit to see his family during the Bundesliga winter break, Nathaniel Phillips received a surprise phone call from Liverpool Football Club’s Loan Pathways Manager. Some strings had been pulled, he was told by the man with a fancy job title, and the then 22-year-old defender would be returning from VB Stuttgart to train with his parent club ahead of a hazardous fixture pile up.

Despite his age, the youngster was yet to clock up 20 senior professional appearances. Injury and misfortune had hampered his progress but here was surely the opportunity of his career to date. A shaky start under the glaring lights at L4 gave way to a more assured, quietly confident performance alongside Joe Gomez as Liverpool pinched a 1-0 victory by virtue of Curtis Jones’s late screamer.

Phillips was named on the bench during the Reds next outing against Spurs but was then duly sent back to Germany to continue his first team role for Stuttgart. The towering defender played a more consistent role for the famous old Baden-Württemberg outfit during the second half of their campaign as they successfully battled for a return to top flight football under Pellegrino Matarazzo.

Now, as Liverpool plot their title defence the youngster is back at Melwood amid a new bout of rumoured transfer upheaval in the Red’s backline.

The future of Dejan Lovren remains up in the air. There has been nearly two years of open speculation around the once self-proclaimed best defender in the world. With reported interest from Russian giants Zenit St Petersburg, it would appear that the erratic Croatian’s days on Merseyside could well be numbered. Joel Matip’s ongoing problems with all manner of tweaks and pulls must also be of some concern to Klopp and his coaching staff.

All of this would, of course, leave a potential gap in the defensive ranks that would genuinely need plugging ahead of the new season. Klopp has previously opted to throw in Fabinho at times over the past two seasons, but in Phillips, he may just have a workable solution on his hands.

The former Bolton man showed real maturity and ambition by opting to switch to Germany last season. For a 22-year-old, upping sticks and moving to a new country at a club where there was real pressure to deliver promotion was a bold move. Many would have played it safe and gone to a lower league club in England. However, the young defender showed mature self-awareness, admitting he wanted to improve in possession as footballer to aid his future prospects at the highest level.

Klopp is a big admirer of Phillips and has been keen to include him in first-team activities as much as possible since 2017/18. Again, a succession of cruel back injuries have hampered his trajectory at Anfield, just as Bolton’s increasingly dire financial position led him to being jettisoned by the Greater Manchester club when he was just 19-years-old.

Despite a stark shortage of game time though, there has been enough to discern that Phillips has the raw materials to succeed as a splendid, reliable foot solider in the back four. He is a natural in the air, an astute reader of the game and strong in the tackle; he also possesses a cultured touch on the ball which would help him with his pursuit of future minutes at Liverpool in the near future.

Stuttgart are reportedly keen to retain the 23-year-old’s services as they plot a season of consolidation in the top flight next season. However, with a host of younger players currently vying for positions behind the scenes at the Premier League champions, Phillip’s seniority may hand him a decent advantage over his colleagues.

The likes of Ki-Jana Hoever and Sepp van den Berg have both impressed when handed first-team opportunities this season. Neither though should really be in serious consideration to be fourth, or if injury strikes, third pick for a centre-half berth next term. Both youngsters could benefit from a good loan opportunity to help smooth off those rough edges in their game.

With transfer funds said to be in short supply at Liverpool, thanks to the Covid-19 crisis, Klopp has already warned that his side could be forced to get creative with their recruitment options.

Phillips has a contract that runs until June 2021 and is almost certainly at the most important juncture of his career to date. You cannot help but feel that should Liverpool opt to sell Lovren and use the proceeds to sign a more senior squad player to deputize at the back, Phillips would be facing an Anfield exit.

It would certainly be a shame to see a good player depart through the back door, with the club having previously invested so much time and effort into his development.

Yes, the step up from German second division football to a potentially meaningful role in Liverpool’s title defence next season would be massive. However, Phillips, having run a gauntlet of injury and hard graft thus far in his career, may well be mentally tough enough and adequately prepared to grasp the opportunity to forge a meaningful role for himself in the Red’s back four next season.