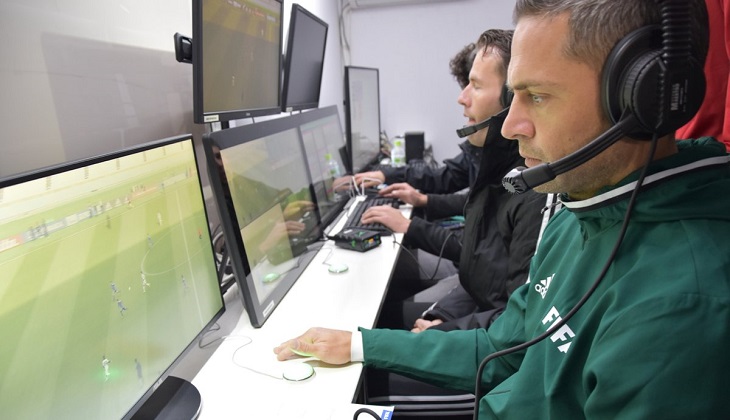 The Confederations Cup has been used by FIFA to show off their latest innovation to attempt to improve the game.

I use the word innovation with a huge degree of caution. FIFA have decided that referees are not capable of working as they always have done and so need help from the Video Assistant Referee’s-VAR to review incidents and decisions in games.

Despite my young age, I am a very traditional football and love the game the way it is. Although, I do accept that there are ways we can improve the game in its current format, such as goal line technology. Goal line technology has been a resounding success because it is quick, simple and causes no disruption to games of football, all the referee need do is wait for a vibration from the watch to signal the ball has crossed the line.

VAR is not quick, simple nor does it avoid disruption to games.

Yes, it is in it’s early stages of trial and experimentation but it has proven to be farcical beyond belief in the Confederations Cup. Never in games of football have I seen such utter confusion among match officials and amongst players and the staff on the benches and of course to fans and those watching. The way the VAR has been used in this tournament has been a farce, it is as if the referees have not received any instruction or advice in how to use it.

The game between Mexico and New Zealand highlighted the most confusion at the tournament so far, although I am sure there will be more confusion and farcical incidents to come.

A melee between both sets of players had to be broken up by the match officials and it took more than over 5 minutes to break up and diffuse. The referee signalled for a free kick, it was taken but then the referee stopped the game randomly and appeared to be referring to the VAR with intense discussion through his headset. After a few minutes of a break in play and a review of the melee a solitary single yellow card was issued. Players, staff and spectators had no idea what was going on and the question has be asked as to why the ref didn’t consult VAR instantly rather than a few minutes later. The system makes no sense at all and is incredibly random and at the expense to constant breaks in play and huge disruption to the game.

Another issue with VAR is the fact authority is being taken away from the match officials. The referee often feels obliged to consult VAR if he has even the slightest bit of doubt in his mind.

As we have seen in the Confederations Cup the VAR has raised doubt in the minds of referee’s and has resulted in needless disruption to games and pointless use of the VAR at times.

One of the best thing about football is the debate and discussion we have in regards to incidents and decisions in games. It is all part of the fun of football and is why we all love football, why are FIFA intent on taking away the fun from football. There is even talk of 30 minute halves being introduced, give me strength, 30 minute halves would be a disaster for football.

The future of the game is heading towards minimal football in games with too much time being taken up by match officials and VAR, eventually we may only have 30 minute halves and then we have the annoyance of VAR taking up footballing time, no thank you FIFA.

Football is known as the beautiful game for a reason, football is not broken so don’t make such extreme changes, VAR will break the game and ruin it for fans lets hope VAR is never introduced full time for the sake of football.