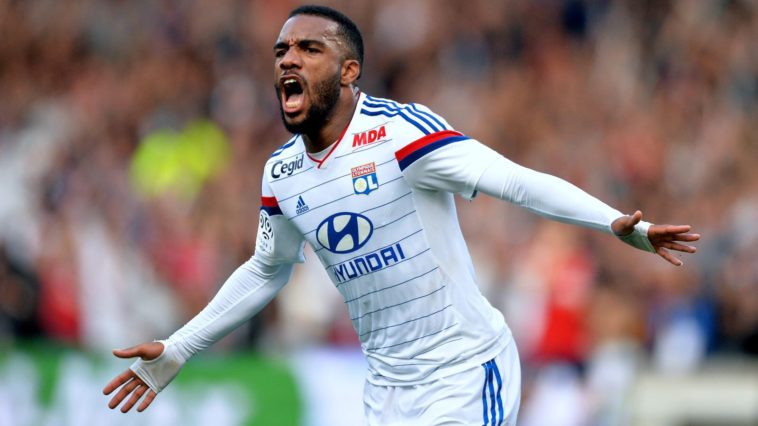 Arsenal have held talks with Lyon over the potential club record transfer deal for Alexandre Lacazette.

French striker Lacazette has been told that he can leave the Ligue 1 club this summer after years of speculation surrounding his future.

He had been heavily linked with a potential move to Atletico Madrid this summer until the La Liga clubs Transfer ban was upheld by the Court of Arbitration for Sport last month, meaning they can’t register new players until January.

This decision, along with the imminent World Cup squad selection, has opened up potential moves to a number of Premier League clubs, with Man Utd and Arsenal having being linked.

According to The Telgraph, Arsenal have opened talks with the French club regarding a potential £49m, which would be a new club record transfer fee for the Gunners, eclipsing the £44m paid to Real Madrid to sign Mesut Özil.

Despite being interested in signing Monaco’s Kylian Mbappe, Lacazette is seen as a much more viable option. Firstly, Mbappe is thought to be keen on a move to Real Madrid, while Lacazette would represent a significantly cheaper option, despite the potential new club record. Mbappe is likely to be the first £100m player.

Arsenal’s first choice striker for the 2016/17 was Alexis Sanchez, while Olivier Giroud operated as more of a back up option to the Chilean. However both players have been linked with making a move away from the. The Emirates either in search of achampions League game time or just more game time in particular.