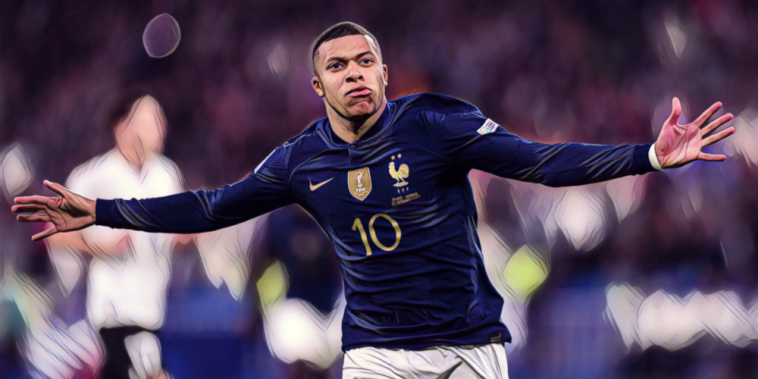 The World Cup is right around the corner and the domestic seasons will soon pause as football’s most prestigious tournament heads to Qatar.

Next month football fans from around the world will stop to watch as the World Cup action unfolds in the Middle East.

So for those of you interested in the best world cup bets, we’ve decided to look at how the bookmakers assess the market to be crowned world champions.

Spain have underperformed during their most recent World Cup appearances, with La Roja having suffered a dip since making unprecedented history with three consecutive major tournament triumphs between 2008 and 2012.

Luis Enrique’s side will arrive in Qatar as fifth favourites (8/1) to win the World Cup, having shown promise last summer in reaching the semi-finals of Euro 2020, before an appearance in the final of the Nations League.

In Pedri and Gavi the nation boast two of the most exciting young talents in European football, while the likes of captain Sergio Busquets, Jordi Alba and Cesar Azpilicueta provide trophy-winning experience at the highest level.

Spain have been handed a tough group on Qatar despite their status as top seeds. The 2010 winners will take on Germany in a fascinating match-up, alongside clashes with Costa Rica and Japan. Belgium or Croatia – finalists in Russia in 2018 – potentially await in the first knockout round, should the Spaniards progress.

England are 7/1 fourth favourites to win the World Cup, as the Three Lions look to put a poor run of recent form behind them in Qatar.

Semi-final and final appearances at the past two major tournaments has increase expectation around England, though optimism has declined following a six-game winless run – all of which came as part of a miserable Nations League campaign – in which Gareth Southgate’s side struggled for goals.

England have scored from open play in just one of their last fixtures and the nation’s over-reliance on Harry Kane for goals must be addressed if Southgate’s side are to have success next month.

Goal number 5️⃣1️⃣ for the #ThreeLions.

There are also concerns at centre-back with Kyle Walker, John Stones and Harry Maguire – the centre-back trio that started the Euro 2020 final loss to Italy – either injured or out of form. Reece James is also expected to miss the tournament after sustaining a knee injury.

Jude Bellingham’s recent progress has been a positive for Southgate however, with the midfielder excellent during September’s international break. The 19-year-old has started the season in superb form and has scored in four consecutive Champions League games for Borussia Dortmund.

Southgate’s side are winless in six matches – all in the Nations League – and speculation is growing about whether the man who led England to the semi-finals four years ago will retain his position unless the team match or improve upon that showing.

Argentina were last crowned world champions in 1986, but will begin the World Cup among the favourites for success in Qatar.

La Albiceleste are unbeaten since the 2019 Copa America and can set a new all-time international record for games without defeat next month. Their current streak is at 35 fixtures, two less than Italy managed between 2018 and 2021 – a run which included success at Euro 2020.

Argentina ended their own wait for silverware success, as 28 years of disappointment came to an end with victory at the Copa America in 2021. Lionel Messi will be central to their hopes in what the seven-time Ballon d’Or winner has confirmed will be his final chance at World Cup success.

Argentina are unbeaten in 35 games, last losing to Brazil in the 2019 Copa America semi-finals 🤯🇦🇷 pic.twitter.com/at9sU1ZLxS

Messi has started the season in brilliant form for PSG, with eight goals and eight assists in 14 appearances. He has now scored 90 goals for Argentina, including ten in his past six appearances for the national side.

Lionel Scaloni’s side will have a strong contingent of Premier League names to call upon in Qatar, with Cristian Romero (Spurs) and Lisandro Martinez (Manchester United) set to form the foundation for the nation’s attacking names to flourish.

France are bidding to become the first team since Brazil in 1962 to defend the World Cup and will arrive in Qatar as world champions after success in Russia four years ago.

Les Bleus boast a formidable depth of talent in their ranks, with their pool of players of such quality that even a second-string could conceivably challenge for success this winter. However, there are concerns in midfield with N’Golo Kante and Paul Pogba major doubts for the tournament.

France disappointed at Euro 2020 to exit the last 16 on penalties, but will arrive in the Middle East with ambitions to defend their crown. Didier Deschamps is an experienced coach with history of major tournament success as both a player and manager.

Finding the balance among France’s attacking options will be crucial, with the French boasting two of world football’s finest centre-forwards in Kylian Mbappe and Karim Benzema. Olivier Giroud will also hope to feature predominantly and the former Arsenal and Chelsea forward is closing on becoming the nation’s all-time record goalscorer. He needs just three more goals to eclipse Thierry Henry.

Brazil will start next month’s tournament as favourites to end their 20-year wait for World Cup success.

The South Americans breezed through qualification to send a statement ahead of Qatar, with an unbeaten campaign that saw 40 goals scored and just five conceded.

Tite’s team will arrive at the World Cup as FIFA’s number one ranked nation and boast the squad strength and form to go far into the finals. Neymar will be the key figure for Brazil and has been in sublime form for PSG so far this season. The 31-year-old – who is just two goals from Pele’s national record – has 16 goal contributions in just nine league starts this season.

Brazil will be heading to the World Cup as the top-ranked side 🇧🇷 pic.twitter.com/DIxuFDk27L

He could form an electric forward line alongside Real Madrid’s Vinicius Junior, while the likes of Raphinha (Barcelona) and Antony (Manchester United) will also hope for a prominent role. Remarkably, Brazil will face Serbia and Switzerland for the second successive World Cup group stage.

The record five-time winners have a much improved squad from four years ago, with perhaps only the full-back areas short of genuine star power.