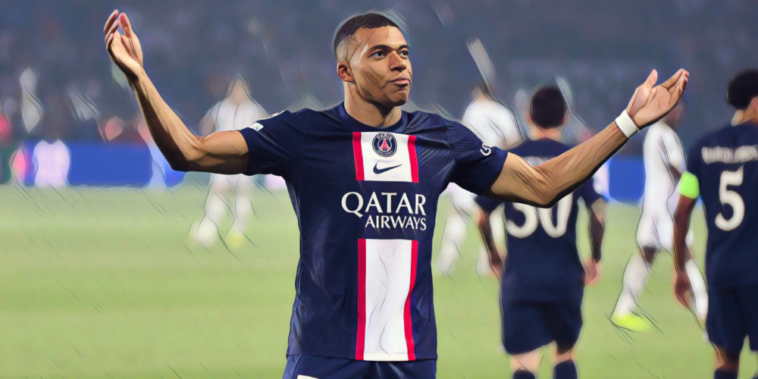 Kylian Mbappe is back in the news with the Paris Saint-Germain forward reportedly keen to quit the capital club.

Mbappe’s future was the subject of speculation throughout the summer and all roads appeared to lead to Real Madrid as his contract wound down, but he instead – led in large part to a record-breaking contract – decided on a U-turn and put pen to paper on a new deal at the Parc des Princes.

The balancing act of egos at PSG has tipped however, and Mbappe wants to leave just months after agreeing a bumper new deal. Reportedly feeling betrayed by the club’s ownership and unhappy with his role in the side, the French forward wants out.

Here are the five favourites to sign Kylian Mbappe.

Robert Lewandowski’s exit during the summer has left space for a star forward in Bavaria, despite the shrewd signing of Sadio Mane from Liverpool.

Bayern appears an ideal environment for Mbappe, who would be handed a realistic chance of Champions League success and an almost guarantee of major silverware. The German giants are in pursuit of an 11th straight Bundesliga title this season.

Luis Campos: "I speak to Kylian Mbappé every day and he has never told me that he wants to leave the club in January", tells RMC Sport. 🚨🔴🔵 #PSG

"I didn't have the chance to speak with Kylian about this story", PSG manager Galtier said after the game. pic.twitter.com/NTffpwFvLt

Julian Nagelsmann’s side could do with a more recognised centre-forward option, though Mbappe is far more than a poacher and has the technical ability to be involved in neat inter-play. Having spent five-and-a-half seasons at a PSG side where drama is rarely far away, a move to Bayern – a squad boasting a winning culture and strict professionalism despite star names – could suit the Frenchman.

Finances could be problematic, but Bayern continue to be linked with Harry Kane and explored the signing of Erling Haaland before his move to the Premier League. Mbappe is, however, a phenomenal talent, capable of scoring from anywhere within the football pitch marking, and Bayern could make an exception for a footballer of the French superstar’s calibre.

Manchester United can also be found at odds of 25/1.

Manchester City are fourth favourites to sign Mbappe, though are priced at a distant 20/1. The arrival of Erling Haaland last summer has provided Pep Guardiola’s side with an elite centre-forward and it would be difficult to accommodate both Mbappe and the free-scoring phenomenon in the same side.

It would be a tantalising prospect however, with Mbappe and Haaland widely viewed as the two stars who will take over from Lionel Messi and Cristiano Ronaldo as the superstars of a generation.

City boast the financial power to secure a deal, while Guardiola has been a long-term admirer of the Frenchman’s talents. Guardiola reportedly wanted to make Mbappe one of his first signings at City in 2016, but the then-teenager remained at Monaco. He signed for PSG a year later, having formed part of the Monaco team that dumped City out of the Champions League that season.

Todd Boehly has not been afraid to splash the cash and make bold statements since arriving at Chelsea, with the American owner having invested a record-breaking £278.4m during the summer – an all-time record for a club in a single transfer record.

Boehly could look to make his biggest statement yet with the signing of Mbappe, one of the game’s most recognisable and brightest talents.

The 23-year-old has scored 183 goals in 230 appearances for PSG, a strike-rate new manager Graham Potter might find more than useful.

The Kylian Mbappe to Liverpool rumours have gone into overdrive once again, following the news that his dummy has been well and truly spat out in Paris.

The Reds have been continually linked with Mbappe in recent seasons and the forward recently revealed past talks with Liverpool over a potential move.

“I talked to Liverpool because it’s the favourite club of my mum, my mum loves Liverpool. I don’t know why, you will have to ask her! It’s a good club and we met them five years ago. When I was in Monaco I met them. It’s a big club.”

Jurgen Klopp addressed the issue and while admitting he would be ‘blind’ if he were not interested in Mbappe, insisted the Reds do not possess the finances capable of executing such a deal.

“Of course, we are interested in Kylian Mbappe, we are not blind!” Klopp said in May.

“We of course like him, if we didn’t like him we’d have to question ourselves. But we are not, we cannot be part of these battles. There must be other clubs involved but that’s fine. He’s still a great player.”

Even if PSG are insistent on not selling Mbappe to the next club on this list, the idea of him heading to Liverpool appears far-fetched. With a price-tag around three times Liverpool’s current record arrival and wages two-and-a-half times what highest earner Mohamed Salah currently takes home, it would be a breaking of the bank unlikely to be encouraged by the club’s ownership.

It will come as no surprise to see Real Madrid head this list, having chased and chased a deal for Mbappe with little reward so far.

Almost everyone thought Mbappe was destined for the Bernabeu last summer, as he allowed his contract to wind down at PSG and refused to rule out the regular rumours of a switch to Spain.

Carlo Ancelotti on Kylian Mbappé in January: “If Mbappé will come in January? You have the courage to ask that… I won’t answer”. 🚨⚪️ #RealMadrid

“I don't have to answer”, Ancelotti added to RMC Sport. pic.twitter.com/VdCgRmiT4i

His dramatic U-turn, which came a year after Real Madrid saw a €200m bid for his services turned down, stunned the Spanish giants and left their recruitment team a little red-faced. Would the club be prepared to forgive Mbappe for his rejection and renew their interest?

With Karim Benzema brilliant but ageing, the opportunity to sign arguably the world’s finest young footballer, even given past events, would be difficult to turn down.