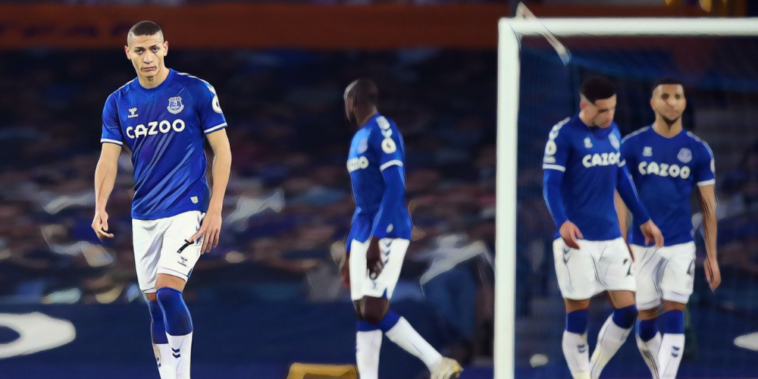 It’s the summer of 2016 and Everton are preparing for their 62nd consecutive season in the English top-flight. Several months earlier, the Iranian businessman Farhad Moshiri purchased a 49.9% share in the club, paying a reported £135m for the privilege and his extreme wealth is set to give the Toffees some long-overdue financial muscle, even factoring in FFP restrictions.

Largely for this reason, Everton chairman Bill Kenwright describes the billionaire as a ‘perfect partner’.

On the pitch, the situation is somewhere between rosy and encouraging for the Merseysiders, with the team finishing in the top six in five of the last ten seasons. Theirs is a squad in need of a refresh here and there but the same can be said of a great many Premier League outfits that year – and indeed, every year – and all told it’s in decent shape.

In Leighton Baines and Seamus Coleman, Everton possess two of the best full-backs around. At the back, John Stones is a player of immense promise and that goes for Ross Barkley too, in midfield. Up front, Romelu Lukaku is a guaranteed source of goals and lots of them.

After being cast as nearly men for a good, long while, things were really starting to look on the up at Goodison Park.

Fast-forward five years and Everton are in freefall having won only one of their last ten league games while the squad is so threadbare of genuine quality that just a scant few injuries – to Yerry Mina, Tom Davies and Dominic Calvert-Lewin – forces their manager to regularly pad the bench with a number of untried kids and a back-up striker in Rondon who is frankly unfit for purpose.

Speaking of their manager, he was an acutely unpopular choice when appointed, due to his Liverpool connections, and is a viciously unpopular choice now, as his patented conservative approach unavailingly relies on the attacking chops of Demarai Gray and Andros Townsend, two wingers who are widely known for balancing out a moment of magic with half a season of mediocrity and often anonymity. That’s why they resided in the bargain bin last summer. That’s why Everton had a free run at them both.

Should this prolonged malaise continue the Toffees face the real prospect of going down, with their worst squad for a generation, and so when gauging how they reached this juncture, from their jumping off point five years prior, it can only lead to two logical conclusions. That under Moshiri, Everton have been grossly under-funded. And under Moshiri, a series of very bad decisions have been made.

Yet only one of those two statements is true which, when you think about it, only makes it even truer. Since 2016, Everton have spent £565m on 58 players across 11 transfer windows, a figure that equates to £53m per window. That is a sustained level of investment that exceeds the outlay of Liverpool, Leicester and West Ham and even over-looking their greater success in recent seasons these clubs would certainly not struggle to fill their bench with quality in the event of losing three players to injury.

So where did all the money go? On poor players, that’s where, and unsuitable ones, and over-priced ones too just to mix it up. When looking at the figures and the multitude of incoming personnel and squaring that with who Everton have available right now, it boggles the mind how many terrible choices have been committed to along the way. It just boggles the mind.

Which explains why Everton are due to appoint their third different Directors of Football during Moshiri’s reign, with first Steve Walsh, then Marcel Brands getting the boot, but these individuals can only be blamed for identifying under-performing fare such as Morgan Schneiderlin and Alex Iwobi and additionally failing to act on positions in long need of renovation.

Over £300m spent in three years with Marcel Brands as director of football at Everton. pic.twitter.com/OJUHGfesKO

They are absolved of appointing Ronald Koeman, one of the most inept managers in Premier League history, and Sam Allardyce, a figure so contemptible he prompted a rift between fan-base and club that is still to properly heal. No, both of these costly missteps are wholly on Moshiri, as too the appointment of Benitez that was always going to end in acrimony.

“The club is a joke”. That was Jamie Carragher’s brutal assessment on Sky Sports recently, adding for good measure that Moshiri, ‘hasn’t got a clue what he’s doing’, and it’s hard to take issue with that summary. Because five years ago the club was on a sure footing with everything in place but investment and a bit of common sense to take them to the next level.

Half a billion pounds later they have gone dramatically backwards and that takes some doing. Indeed, it is almost impressive in its incompetence.

Read Also – The state of play: Checking in on the titles races in each of Europes top five leagues