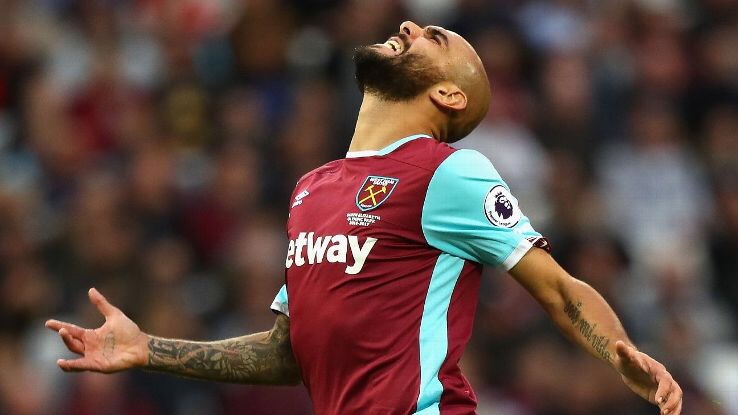 Newspaper reports suggest West Ham will be targeting at least one new striker during the summer, having failed to land a centre forward during the January transfer window.

What the Hammers need, and I suppose this applies to most clubs, is a regular 20-goal a season striker. This something West Ham has not had since John Hartson scored 24 goals in the 1997-98 season.

The Hammers are in the market for another forward after cancelling Simone Zaza’s loan in January. Originally, West Ham had planned to buy the Italian outright this summer, but Zaza’s inability to score a goal meant he was sent back to Italy. The striker has since moved to Valencia where he has scored two goals in a week!

A number of names are being linked with the club, such as Liverpool’s Daniel Sturridge, AC Milan’s Carlos Bacca and most recently Jose of Real Sociedad.

The Hammers are apparently lining up a move that would lure Jose away from Spain where the 25-year-old has been in impressive form this season, bagging nine league goals as well as providing three assists.

The need for striking reinforcements is evident as the club cannot rely on Andy Carroll remaining fit for an entire season, while current leading scorer Michail Antonio is not suited to the lone striker role and needs a partner.

Our other striking options are Andre Ayew and Jonathan Calleri, who have amassed just two goals between them all season. Although, to be fair, Ayew was injured for most of that period, while Calleri has only made substitute appearances.

Neither of these two looks likely to dislodge Carroll and Antonio, who are West Ham’s best two strikers, having scored six and eight goals so far this season respectively.

Meanwhile, Diafra Sakho is quickly becoming West Ham’s forgotten man. Here is a player who has scored regularly since his arrival in 2014, but seemed to fall out with the club last season. He claimed he was not picked often enough above others who were played instead.

West Bromwich Albion pulled out of signing him during the summer because of a back injury and this ailment has limited his appearances this season to just two games. I’d personally love to see Sakho back in the fold as soon as possible and reports from West Ham’s treatment room suggest he may be in the squad again next month.

Whoever West Ham sign in the summer, I would like to see the club invest heavily in a proven top-quality scorer. Sturridge would be a mistake, as he is injured more often than Carroll, whilst Jose is an unknown quantity.

That leaves Bacca, a man that might just fit the bill as he has an impressive goals tally. The problem may be convincing the Colombian international to play for a team that won’t be playing Champions League football next season.

Another option may be to take a look at signing someone from the Championship or Scotland. Last month West Ham was continually linked with Brentford Striker Scott Hogan, although nothing came of this during the transfer window.

Buying a little-known midfield player from Scotland and turning him into a top international striker may seem like a long shot, but that is what happened in 1985.

Frank McAvennie was signed as an attacking midfielder, but due to injuries he was used as an out-and-out striker in his second game at the Boleyn Ground.

He scored twice in this game, a 3-1 win over Queens Park Rangers and from then on he never looked back. McAvennie finally scored 29 goals in 1985-86 and the Hammers finished third in the league.

West Ham supporters will be hoping the club, at least give some thought into who they sign. Last summer’s transfer dealings were disastrous.

Some of the strikers purchased by the club during the joint-chairmanship of David Gold and David Sullivan have been very poor. The two owners apparently have a big say in who is signed and consequently, they are to blame for a long list of strikers who have failed to deliver at West Ham.

Top of this list is Savio Nsereko. He signed for the club for a fee in the region of £9 million in January 2009. He was supposed to be some kind of wonder kid, having played in Germany. But failed miserably, making just ten West Ham appearances and scoring no goals.

He was last seen plying his trade in Lithuania, so West Ham’s decision to let him go seems to have been vindicated as no other top European teams have bought him.

The question remains however: Why did the club buy him in the first place?  A question many have also been asking about the players bought last summer.

West Ham must get the next choice right!