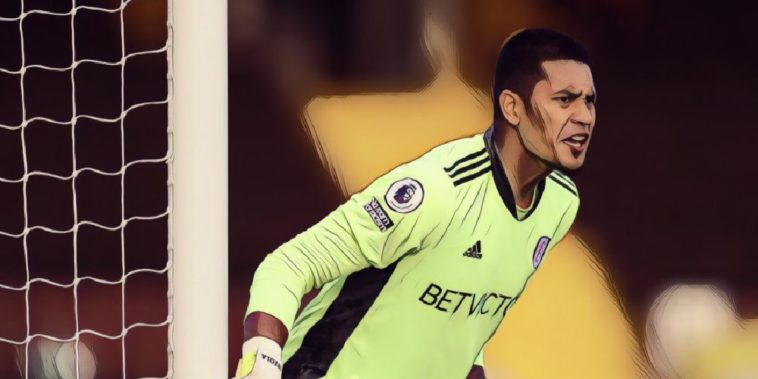 The 28-year-old made the switch to Scott Parker’s side from the Parc des Princes last summer on a season-long loan deal, going on to feature 36 times in the Premier League for the Cottagers, catching the eye with a string of fine displays, despite the club’s eventual relegation.

The French international – who has part of Didier Deschamp’s World Cup-winning squad three years ago – had spent the 2019/20 season out on-loan at La Liga giants Real Madrid, although spent a large chunk of that campaign playing back-up to Thibaut Courtois.

Having risen through the ranks at PSG, the talented ‘keeper has struggled to nail down a regular starting berth at the club, acting as back-up to the likes of Kevin Trapp, Gianluigi Buffon and Keylor Navas during his time in Paris.

With the Ligue 1 side seemingly willing to allow him to depart, the Mail are reporting that he could be set for a return to the Premier League, with West Ham said to be ‘in talks’ for his signature.

The Hammers currently have Lukasz Fabianski as their undisputed number one, the Poland international playing a key role in the club’s sixth-placed finish last term.

However, at 36, the former Arsenal stopper is approaching the end of his playing career, while his back-up options are also no spring chickens, both Darren Randolph and David Martin also in their mid-thirties.

Not only his Areola perhaps an upgrade on all three, he is also a far younger presence and would no doubt be a super addition to David Moyes’ talented squad, having made the fifth most saves in the top division last season.

As for PSG, the club appear to have already further bolstered their goalkeeping department, as Gianluigi Donnarumma appears set to join Mauricio Pochettino’s side on a free transfer, hence why Areola will be allowed to depart.