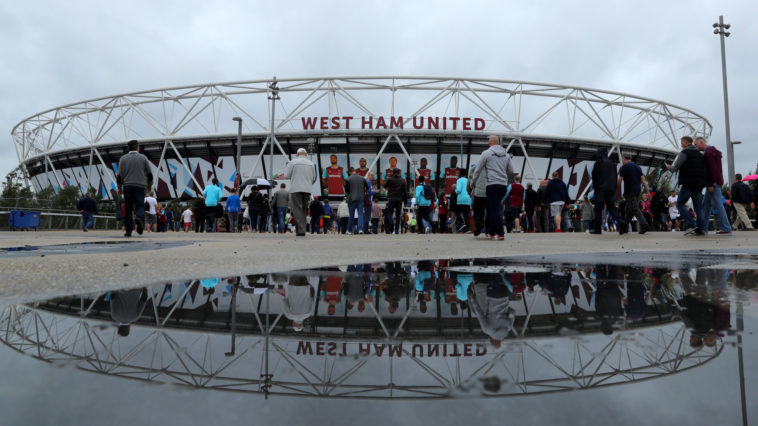 Last week’s £8m signing of 33-year old Jose Fonte from Southampton has got many West Ham supporters asking an uncomfortable question. Can the club still call itself the Academy of Football?

The decision to invest so much money in an ageing, although dependable centre half, instead of having a ready-made youngster lined up, is a worry to many that follow the Hammers.

The ‘Academy of Football’ has over the years become an unofficial nickname and it is proudly displayed around the stadium as well as being the name of the club’s membership scheme.

But is the name becoming a millstone around the club’s neck? And are expectations too high? Supporters at every club like to see home-grown players at their club, but are West Ham fans asking for too much if they expect to see a continuous line of young talent churned out.

Since the 1950s, West Ham has been one of the most successful football clubs in the country for nurturing young talent. From Bobby Moore, Geoff Hurst and Martin Peters, to more recent players such as Rio Ferdinand, Frank Lampard jnr, and Joe Cole. The Hammers are renowned for always giving their youngsters a chance, something other clubs hesitate to do.

Consequently, the club has been able to attract players who know that if they sign professional terms at West Ham, they have a good chance, if they are good enough, of making the first team.

Currently club captain Mark Noble is the only West Ham academy graduate playing regularly for the first team. Compared to some Premier League clubs, no names mentioned, having a single graduate in the line-up isn’t bad.

Gone are the days when every English league club was full of local heroes, and when Scottish, Welsh, Irish or even players from another county were considered exotic.

Today’s top clubs prefer to buy ready-made players. Players that have already performed at the highest level – rather than nurture young raw talent that may never reach the required level. This invariably means purchasing foreign players and doing so clubs are forgetting the talent that may exist on their doorstep.

Last season at West Ham the home-grown statistic was better, as two former youth team graduates James Tomkins and Reece Oxford both turned out for the first team.

Tomkins played numerous times and had been a first team regular since his debut in 2008, while Reece Oxford made his Premier League debut in last season’s opener at Arsenal and at 16 he became the second youngest Premier League starter of all time.

Both players are defenders and could have provided the club with a defensive solution, negating the need for Mr Fonte. However, Tomkins was sold to Crystal Palace last summer and Oxford has yet to play a league game this season, having only been used in Europa League fixtures.

When quizzed about why Oxford has not figured in manager Slaven Bilic’s plans so far this season, Co-chairman David Gold reportedly said he wasn’t ready yet and he’d have to wait his chance.

Whether he plays later in the year remains to be seen, but the need for a defender was made clear recently when the club announced that Angelo Ogbonna has been playing with an injury for months and Saturday’s win at Middlesbrough will be his last game this season, He is due to have surgery soon and will then need a few months rehabilitation.

For the rest of the season, it seems West Ham’s central defensive pairing of choice will be the ever-dependable Winston Reid and Fonte, with James Collins and Oxford as back-up.

You never know, having someone at the club as experienced as Fonte, and let’s not forget he was in the Portugal squad that won last summer’s Euros, may even help Oxford become a better player.

Whether or not he has Oxford in particular in his thoughts, Co-chairman David Sullivan thinks Fonte will be an asset.

We have signed Jose Fonte and he is a top-class defender who will add strength, depth and leadership to our squad.

When we knew Jose was available, we made him a top target and were delighted to beat off some big clubs for his signature. It is a big statement of intent.

An even bigger statement of intent would be for West Ham to blood a few more youngsters from their youth team before the end of the season and keep the Academy of Football flag flying.