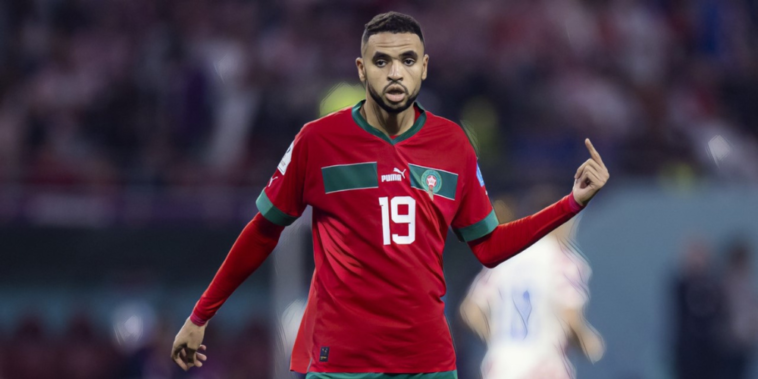 West Ham are set to renew their interest in Sevilla forward Youssef En-Nesyri as David Moyes looks to add goals to his struggling side.

En-Nesyri was a target for the Hammers during last January’s transfer window, but the east Londoners failed with a bid in the region of €30m for the Moroccan.

West Ham added Gianluca Scamacca to their forward options during the summer, but the Italian has struggled for consistency during his debut campaign and has scored just three Premier League goals.

Only four teams have scored less than West Ham’s 15 goals this season and the Hammers’ goal-shy side are only outside the Premier League’s relegation places on goal difference.

The Athletic are reporting that the club will renew their efforts to sign En-Nesyri this month, though face a fight to convince Sevilla to sell the star.

A loan move with an option or obligation to buy has been mooted, but Sevilla’s struggles this season make a deal complicated. The Spanish side are 17th in La Liga, also only outside the relegation places on goal difference.

En-Nesyri has started just four league games this season and has failed to score in La Liga, but hit a perfect hat-trick as Sevilla thrashed Linares 5-0 in the Copa del Rey this week.

The 25-year-old scored twice in seven appearances as Morocco reached the World Cup semi-finals in Qatar.