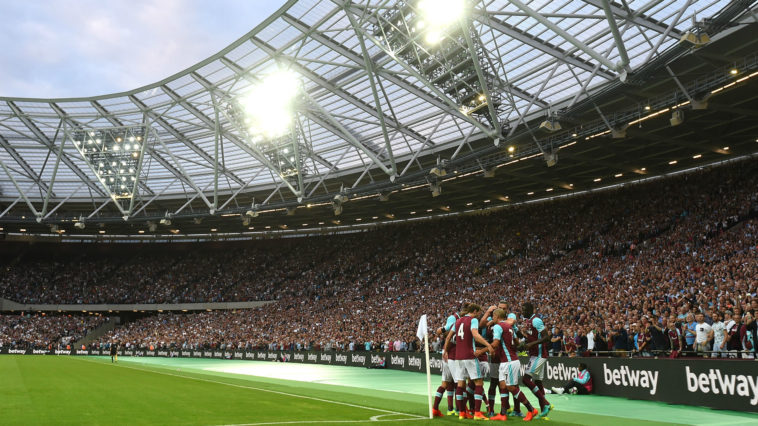 It’s taken some time, but nine months after playing their last game at the Boleyn Ground, West Ham are starting to feel at home again.

After a decidedly dodgy start to the season, West Ham’s home form has improved markedly since December. Three wins and a draw in the last six home fixtures, is a good return and much better than the one solitary win the club achieved in its first four home games.

Confidence has returned and the team look more galvanised, particularly since the Dimitri Payet saga was completed. Playing better and getting results has lifted West Ham into the top of half of the Premier League table. The club and its supporters are now looking up, and there is a realistic chance of securing a top seven position, like last season.

Playing at the London Stadium is becoming less of a chore and the Hammers are beginning to feel at home. The noise and atmosphere inside the ground, particularly during the last two or three games, has increased tenfold. Home games now feel like home games, which was not the case at the beginning of the season, when every game felt like an away fixture.

Many supporters, including myself, were not in favour of leaving the Boleyn Ground for the former Olympic Stadium. However, the move has been completed and everyone must now move on and accept that times have changed.

Last week I was passing the Boleyn Ground and took the opportunity to take a few pictures of the on-going demolition. 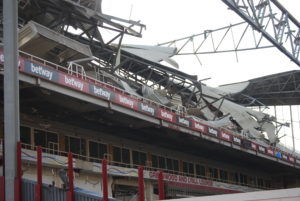 The images I have of the derelict stadium are sad. The East and Centenary Stands are gone and only parts of the other two stands still remain. The pitch is full of rubble with numerous pieces of plant equipment moving around and ripping down the last bits of the old structure.

Not wishing to get too sentimental about the Boleyn Ground, we must accept that things have changed and hopefully for the better.

On a positive note, West Ham now have one of the biggest grounds in the Premier League, and if they can continue to fill the seats and get positive results the stadium may even become a fortress like the Boleyn was on many occasions.

West Ham’s next few fixtures look pretty good, with many of them winnable. Watford away is next up for West Ham on Saturday. The club should be up for this game, having completed their warm weather training in Dubai. Fans will be hoping for some revenge for the 4-2 defeat that Watford inflicted on West Ham at the London Stadium back in September.

After this league leaders Chelsea are the visitors. The Hammers have already beaten Antonio Conte’s team this season in the League Cup, so another win would be a massive confidence boost for the Hammers.

An away trip to Bournemouth and then a home game against the current champions Leicester City rounds off the month of March. Three or four wins from those games and we might just start to believe that West Ham could finish in the top six or seven and claim a Europa League spot for the third year on the trot.