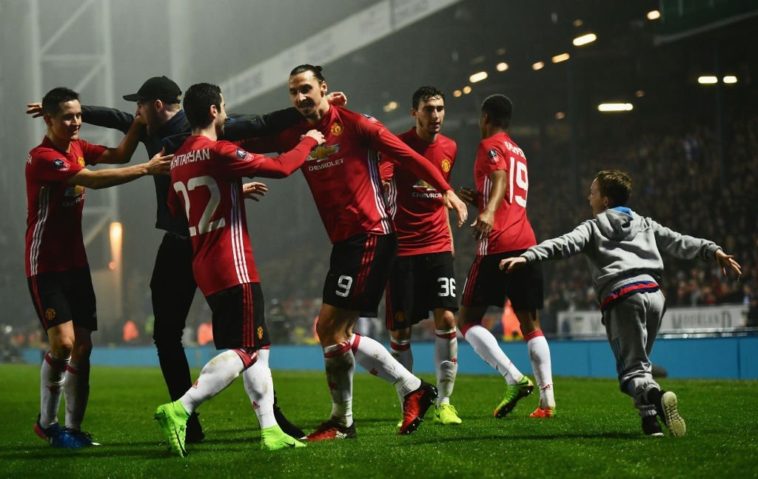 Manchester United produced an FA Cup comeback at Ewood Park to ensure they would not fall victim to the ‘magic’ of the FA Cup this weekend.

Jose Mourinho made 7 changes to his Manchester United team from the 3-0 win over St Etienne but was still able to field a strong team, such is the depth and quality of the Manchester United squad. Notably Henrikh Mkhitaryan returned to the side after missing the St Etienne game through illness and Zlatan Ibrahimovic was left in reserve on the bench should he be needed.

Despite their struggles in the Championship Blackburn fielded their strongest side but with the notable absence of top scorer Sam Gallagher who was missing through injury.

The game got off to a cagey start with both teams not really getting a grip on the game in the early stages. It was a typical cup game and the gulf in class between the two sides certainly was not showing early on in the game.

It was Blackburn who actually had the first good chance of the game with the lively Marvin Emnes twisting and turning and able to shoot from long range to test Sergio Romero in the United goal but Romero was able to parry it. Early on it looked as if United were missing the focal point Zlatan Ibrahimovic provides upfront with a real presence lacking in the central attacking zones.

Blackburn’s efforts were soon rewarded with Emnes again causing United all sorts of problems as he gave Marcos Rojo the run around. He was able to find Danny Graham who gave Rovers the lead with a delightful finish. It was a goal that even brought a nod of approval from Jose Mourinho.

However, this is a Manchester United team who had lost just once in 23 games so a reaction was expected. That reaction came following a Blackburn set piece. Sergio Romero rolled the ball to Henrikh Mkhitaryan, who had the freedom of Ewood Park. He picked out the sprinting Marcus Rashford with an absolutely scintillating pass that gave Rashford job of finishing which he did to make it 1-1.

The early phases of the second half were much like those of the first half with United finding themselves frustrated by the shape of Blackburn.

Jose Mourinho only left it until the 60th minute until he called on his two big players Zlatan Ibrahimovic and Paul Pogba. A replay was the last thing United wanted with the fixture pile up so all of Mourinho’s firepower was called upon.

It was a job well done for United who booked their place in the quarter finals to continue fighting on four fronts this season and remain in the hunt for trophies. Blackburn will turn their attentions back to the fight to avoid relegation to League One from the Championship and will take a lot of confidence from their performance in this game.