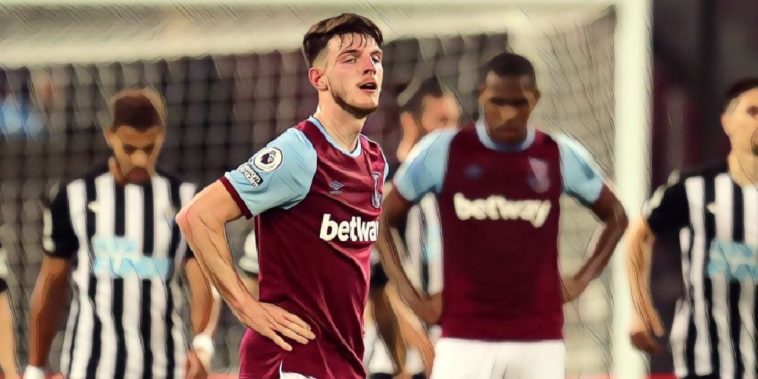 West Ham are adamant that Declan Rice is ‘not for sale’ despite speculation linking the midfielder with a move to big-spending Chelsea.

The England international has been strongly linked with a move to Chelsea in recent months as the club look to continue their lavish summer spending, with Frank Lampard reportedly a huge admirer of a player who was released by the Blues as a teenager before signing for West Ham.

Lampard is believed to view Rice – who has played the majority of his senior career to date in a holding midfield position – as a potential solution to his side’s issues at centre-back, Chelsea having struggled defensively last season as they conceded more goals than any other side in the Premier League’s top half.

The 21-year-old has starred since breaking into the Hammers’ first-team and the East London club are determined to hold onto their prized asset, The Athletic reporting that the club’s hierarchy are adamant that midfielder is ‘not for sale’.

A hugely disappointing opening weekend defeat to Newcastle has added to the club’s concerns ahead of a daunting fixture list and the future of Rice – contracted to the club until 2024 – is apparently not up for discussion during the current transfer window.

West Ham are yet to strengthen their options this summer with the permanent arrival of loanee Tomas Soucek the club’s only major business of the window thus far, David Moyes believed to be seeking defensive additions with the Hammers targeting arrivals at left-back and in central defence.