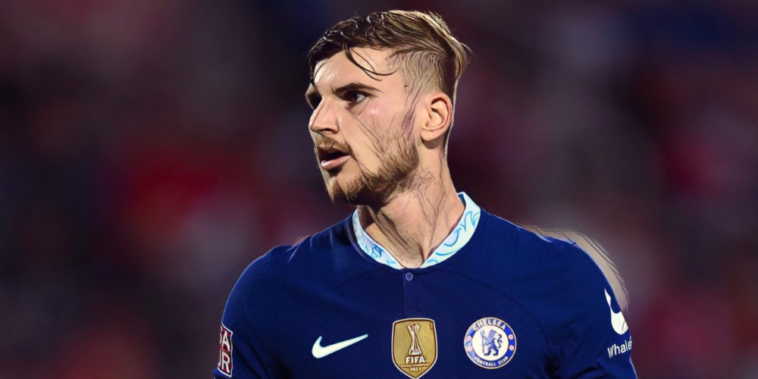 Timo Werner is set to complete a permanent move to RB Leipzig with the Bundesliga side having agreed a deal to re-sign the Chelsea forward.

Werner is expected to finalise a return to Leipzig on Monday after an agreement was reached between the two clubs, with the 26-year-old having expressed his unhappiness with a lack of regular opportunities under Thomas Tuchel.

The Germany international scored 95 goals in 159 across his four seasons at Leipzig, but – despite winning the Champions League during his debut campaign –  has underwhelmed since moving to the Premier League in a £47.5m deal two years ago.

Werner has scored just ten league goals during his two seasons at Chelsea and made just 15 league starts last season after falling out of favour at Stamford Bridge.

All parties will prepare documents in order to sign the agreement next week. pic.twitter.com/6VvxIEyuHk

Werner was keen to leave Chelsea this summer in search of regular minutes as he looks to cement his place in the Germany side for the World Cup in Qatar. He has scored 24 goals in 53 appearances for Germany at international level.

His sale will see the west Londoners recoup funds as the Blues look to continue their summer spending spree. Tuchel has already spent around £168m on five new arrivals including Raheem Sterling, Kalidou Koulibaly and Marc Cucurella, while Chelsea remain interested in deals for Frenkie de Jong and Wesley Fofana, while they have also held talks with Pierre-Emerick Aubameyang.

Read Also – Dear Gooners, Zinchenko is a diamond. From a Manchester City fan