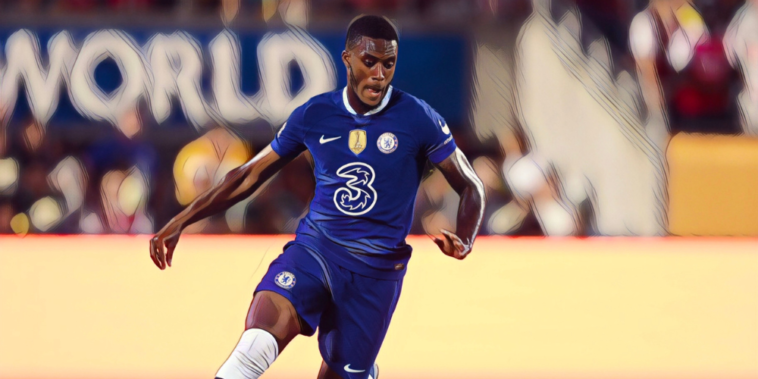 Callum Hudson-Odoi has asked to leave Chelsea on loan before the closure of the transfer window with Leicester and Southampton interested in a deal.

Hudson-Odoi has struggled for regular first-team football at Chelsea and was left out of the club’s 20-man Premier League squad for the Blues’ opening win at Everton on Saturday evening.

The 21-year-old has failed to establish himself in the side since an exciting initial emergence from the club’s academy ranks and the Guardian are reporting that Hudson-Odoi is keen to leave as he looks to kick-start his career.

Leicester and Southampton are understood to be interested in signing the winger, who earned three caps for England at senior level in 2019.

Chelsea are interested in signing Wesley Fofana from Leicester and have seen two offers already rejected for the centre-back. The Foxes’ interest in Hudson-Odoi could open up a potential move with the winger included in part-exchange.

The Metro are also reporting that Borussia Dortmund are in talks to sign Hudson-Odoi on a season-long loan deal, while Juventus have been credited with an interest.

Hudson-Odoi has struggled for form and favour since returning from a serious achilles injury in 2019, while he has been frustrated with a lack of opportunity in his favoured position on the left of Chelsea’s front three.

Read – Dear Gooners, Zinchenko is a diamond. From a Manchester City fan