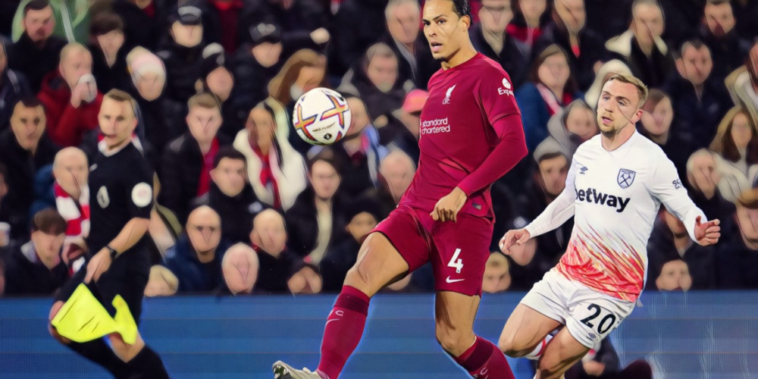 Nunez headed home Kostas Tsimikas’ cross for the game’s only goal, though Liverpool had Alisson to thank for the win after the Brazilian saved a penalty from Jarrod Bowen just before half-time.

The win moves Liverpool up to seventh as the Reds look to recover from a difficult start to the season, and Van Dijk admits his side were delighted to secure another three points and consecutive clean sheets.

“We got the win, that’s the most important thing. We’re buzzing with the clean sheet,” Van Dijk told Amazon Prime Video.

“They put four strikers on, Soucek went up top as well and you have to defend as good as you can. We showed that in the last game and again today.”

Van Dijk reserved added praise for Alisson, who guessed right to keep out Bowen’s penalty and protect Liverpool’s lead just before the break.

“We play for one of the biggest clubs in the world and to have this goalkeeper with us is something we need and it was a great moment to save that penalty just before the break.

“It is important to keep a clean sheet and a produce a good performance, especially in the first half when we could have scored a second goal. It is all about the three points, especially in this hectic period.”