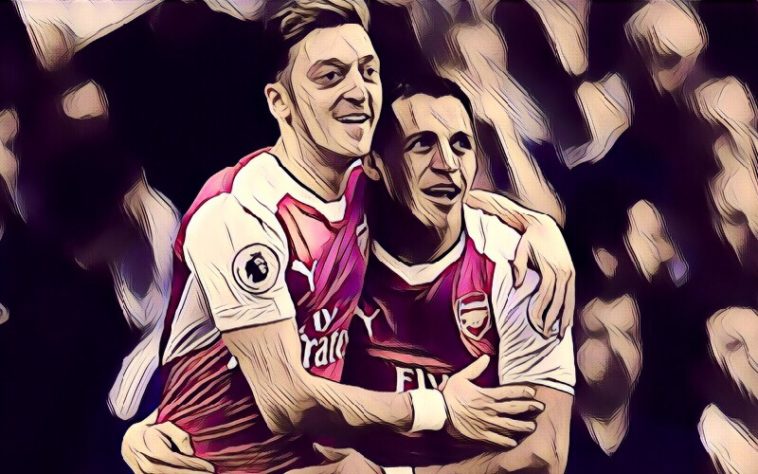 Arsene Wenger believes that Mesut Özil and Alexis Sanchez will stay at Arsenal beyond the January transfer window.

Speaking in his pre match press conference, the Frenchman was asked whether his gut feeling was that the duo would still be at the club for the rest if the season, to which he replied:

The duo have just seven months remaining on their current deals at the Emirates and have been widely tipped to walk away for free at the end of their contracts. However, some media reports have speculated that Arsenal could cash in on the duo while they still have some small remaining transfer value.

Paris Saint-Germain, Real Madrid and Manchester City are all interested in signing Alexis Sanchez while Barcelona and Manchester United have been linked to Mesut Özil.

“As long as they are here, they give their best for the club.

“In my head, they stay until the end of the season. Unless something unbelievable happens I don’t see that changing.”

Arsenal are currently preparing for their midweek match against Huddersfield Town at the Emirates before they welcome Manchester United on Saturday evening.