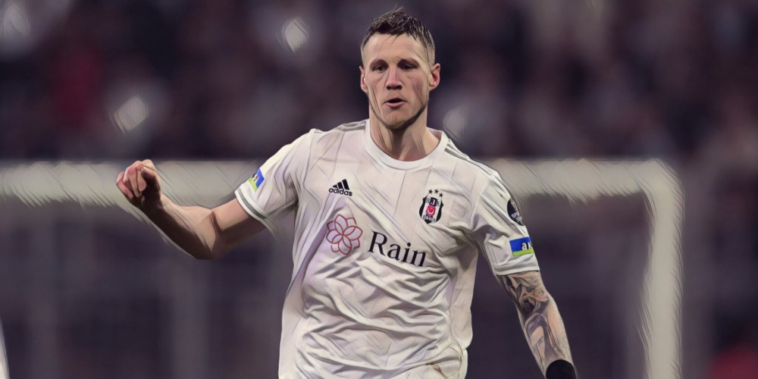 Wout Weghorst is said to be ‘desperate’ to join Manchester United as the club consider a loan move to sign the Burnley forward.

Weghorst is currently on a season-long loan at Besiktas following Burnley’s relegation last season, but the two clubs are in discussions over cancelling the deal after interest from Old Trafford.

Weghorst – who has eight goals and four assists in 16 league games for Besiktas this season – is understood to have pleased with the Turkish side to let him join Manchester United.

According to the Telegraph, Weghorst is ‘desperate’ to move to the Red Devils and has informed Besiktas that the opportunity to sign for United is one he can’t turn down at this stage of his career.

The 30-year-old appeared to wave goodbye to the club’s supporters after scoring in their game against Kasimpasa at the weekend and all parties are confident that an agreement can be reached, despite no recall option in his current loan deal.

United have moved for Weghorst as the club consider a low-cost option to boost their forward line. The Netherlands international scored just twice in 17 appearances as Burnley were relegated last season, but arrived into the Premier League with a prolific record in German football.

He scored 70 goals in just 144 appearances across four seasons at Wolfsburg and at 6ft 6in would add a different profile to Ten Hag’s attacking options.

Aside from his aerial presence, he will also improve the Red Devils pressing from the front. The striker regularly topped the ‘distance covered’ charts during his time at Wolfsburg, while his 57 pressures against Wolves last season was the most by any player.