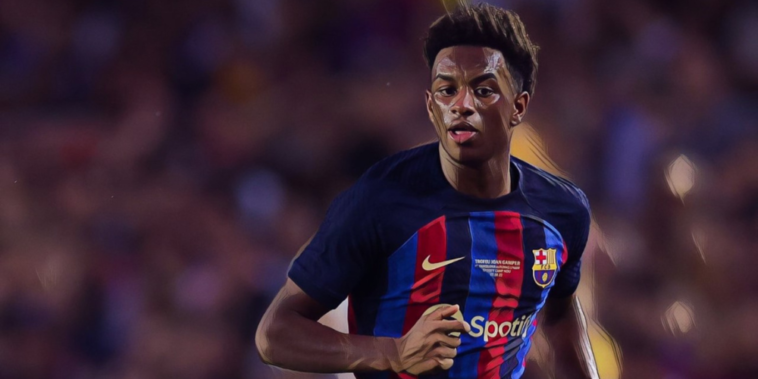 Arsenal and Newcastle have reportedly made contact over a potential deal to sign Barcelona defender Alejandro Balde.

Balde’s contract situation has alerted Premier League clubs with Barcelona having failed to agree an extension for the full-back’s deal, which is set to expire in 2024.

Barcelona’s financial situation has complicated negotiations over a renewal, as the Spanish side look to tie Balde down to a long-term deal with a significant release clause.

The club are unable to register a new contract until the summer, with Balde’s representatives understood to be unhappy with the six-month delay to his increase.

According to Sport, Arsenal and Newcastle have ‘made contact’ with the player’s representatives as they consider a move. The teenager has impressed since emerging from Barcelona’s La Masia academy system and has made 19 appearances in all competitions this season.

Balde was included in the Spain squad for the 2022 World Cup in Qatar after an injury to Jose Gaya and made his international debut during the 7-0 group stage win over Costa Rica.

He has featured in both full-back positions for the Catalans this season and has three assists in 13 La Liga starts.