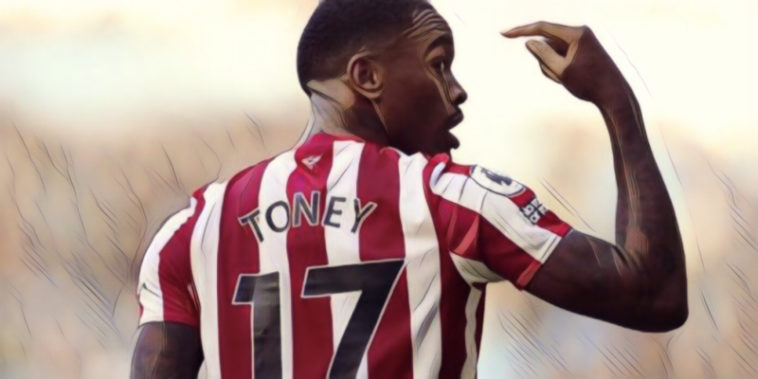 Thomas Frank’s Bees got off to a brilliant start when they took a shock lead on 16 minutes through Ivan Toney. A long free-kick was flicked on by Ben Mee at the edge of the area, and Toney – left out of England’s World Cup squad this week – rose highest to nod past Ederson in the City goal.

Man City hit back on the stroke of half-time with Phil Foden rifling home one of the most sweetly struck half volleys you will ever see from 12 yards out.

Pep Guardiola’s side dominated the second period, but a combination of excellent goalkeeping from David Raya and a superb rearguard action by Brentford meant it looked like the game would end all square.

However, in the eight-minute of injury time, a swift counter by the Bees ended with Josh Dasilva squaring for Tony who slotted past Ederson to seal a famous win for his side.

Today’s defeat means Arsenal can extend their lead at the top of the Premier League table to five points if they win away at Wolves tonight. Speaking afterwards City boss Guardiola admitted his side had been far from their best against an impressive Brentford outfit.

“The best team won, we struggled from the beginning and we couldn’t deal with their long balls,” Guardiola told BBC’s MOTD.

“Usually you press the balls to win it but this was different. They defended so deep and so well.

“We didn’t have the dynamic today because we were dictated by long balls that we were losing.

“The game was so difficult, it was so tight.

“They did really well in the plan they had and were better.

“We have done exceptional in the Champions League and well in the Premier League. We’ll come back and prepare for the second-half of the season now.”