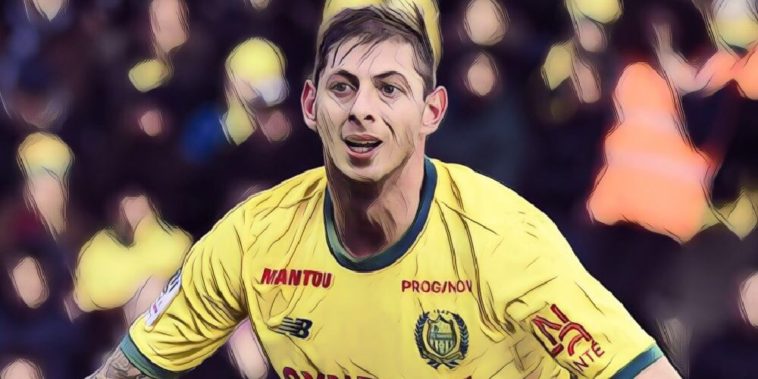 Neil Warnock has admitted that he has been left amazed by the response from the football community following the disappearance of Emiliano Sala almost three weeks ago.

The striker completed a move from Nantes to Cardiff City last month, but having returned to France to say goodbye to his teammates, the aircraft which was returning him to South Wales tragically plunged into the English channel, with Police confirming yesterday that they had recovered the Argentinian’s body from the wreckage.

While the news is of course devastating for everyone involved, Bluebirds boss Neil Warnock has said that the recovery of his body at least offers some form of comfort and closure for his family.

“Everybody expects the worst when it happens. I got a phone call last night and it was strange. It brings the family peace and offers them comfort – that’s what my wife Sharon said from the start,” Warnock told the media ahead of this weekend’s game against Southampton.

“I don’t know how it’s affected the players, one or two have always been a little sensitive.”

Cardiff shelled out a club record fee of £15 million for Sala, and Warnock revealed that while the striker was ‘fearful’ of stepping out of his comfort zone, he was convinced he would have been a great addition to his side.

“He was a Neil Warnock type of player. I always thought he was a type of player that would score 10 or 15 for me at the top level every year. But not just that – he would work hard as a team player,” Warnock added.

“He just fit the criteria for what I look for in a player – somebody who can do something special, but at the same time is a very good lad.

“He wasn’t a young kid, he was in his prime. He’d been in a comfort zone in France, but he’d improved every few years. He was a little bit fearful of the challenge ahead but he knew he had to make that step.

“I believed he could score goals in the Premier League and it’s probably easier joining Cardiff when we’re a close-knit group of lads. He had all the ingredients to mix with us.

“I liked his music taste. He was just a nice lad really I don’t think I have heard anyone say a bad word about him.”

After the search operation was originally called off, an online appeal started by Sala’s family raised £324,000 within just a few hours, with some of the biggest names in world football, including Lionel Messi, having contributed to funding a fresh search. Speaking about the outpouring of support, Warnock admitted that he has been blown away by the response from the football community.

“You’ve seen tributes from all over the place, from little clubs in the fourth division to the top clubs,” Warnock said.

“When something like this happens it brings all the football family together. It’s a loss to everyone in football.

“I know we’re the closest, but when you see the response from world-class players and the amount of money they were able to raise (for the recovery process) in the space of a few hours it was amazing.”

Air Accident investigators will attempt to recover the stricken aircraft from the seabed in an attempt to uncover why it fell from the sky.