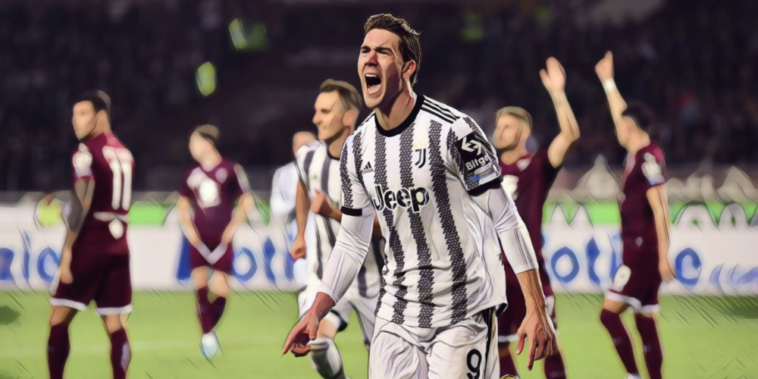 Dusan Vlahovic’s agent has hinted at a possible move for Juventus star with Arsenal, Chelsea and Manchester United all linked with the forward.

Vlahovic is on the radar of a number of Premier League clubs as each consider the signing of a centre-forward in the January transfer window.

The Serbia international has scored 16 goals in 36 appearances since joining Juventus in a €70m deal last winter, but the current investigation into the club’s finances – which included the resignation of multiple board members – has made the future of several stars uncertain.

Juventus could be tempted to cash in on Vlahovic should a significant offer arrive from the Premier League and the 22-year-old’s agent has said ‘not to rule anything out’ as January approaches.

Corriere dello Sport, as per the Mail, are reporting that Arsenal, Chelsea and Manchester United are all considering an approach. Vlahovic turned down a move to Arsenal last January in favour of Juventus, but the Gunners could renew their interest in the Serbian after Gabriel Jesus was ruled out for up to three months with a knee issue.

Manchester United are also searching for a replacement for Cristiano Ronaldo, while the signing of a centre-forward is understood to be at the top of Graham Potter’s priorities at Chelsea.

Vlahovic signed for Juventus after an impressive breakthrough at Fiorentina. He scored 21 goals in all competitions to be named as Serie A’s Best Young Player in 2020/21, before a return of 20 goals in 24 games across the first half of last season prompted a big-money move to Turin.