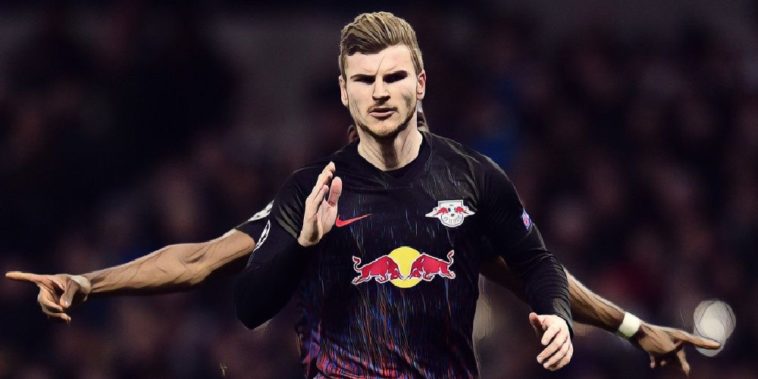 Timo Werner has described Liverpool as the best team in the world and says he is ‘very proud’ amid continued speculation linking the forward with a move to Anfield.

The Germany international has been linked with a move away from RB Leipzig in recent months following a prolific spell at the Bundesliga side, the 23-year-old having scored 26 goals in all competitions so far this season, including the winning goal from the penalty spot as Leipzig beat Tottenham 1-0 last night.

Werner’s spot-kick secured a vital first leg victory during the Champions League last-16 meeting between the two sides, and speaking following the win at the Tottenham Hotspur Stadium, openly discussed a potential summer move to Merseyside.

“I know that Liverpool is the best team at the moment in the world and when you are linked with that team it makes me very proud,” Werner told reporters after Leipzig’s 1-0 win over Spurs.

“It’s a pleasure but I know that Liverpool play a lot of good players and I have to improve myself and I need to learn many more things to get to that level and to play there.”