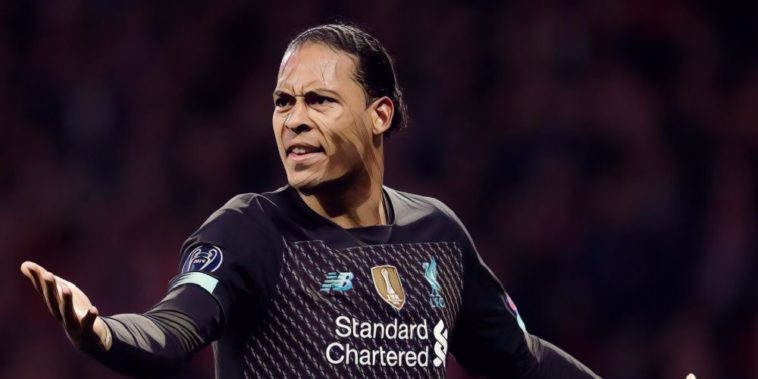 Virgil van Dijk has urged Liverpool to ‘set it right’ at Anfield after the club’s hopes of defending their Champions League title were dealt a blow with defeat to Atletico Madrid.

Saul Niguez scored the only goal of the game as Jurgen Klopp’s side returned to the scene of last season’s final success, Atletico holding firm to seal a 1-0 first-leg victory in their last-16 tie at the Wanda Metropolitano.

The Spanish side were typically full of intensity and hassled the Premier League leaders throughout the contest, whilst their renowned defensive organisation was evident as they preserved the early lead handed to them by Saul – the midfielder reacting first to fire home after a corner came off the boot of Fabinho.

Liverpool failed to get a shot on target throughout, though Mohamed Salah and Jordan Henderson would come closest to scoring, with the Reds struggling to break down a stubborn Atletico rearguard, and speaking afterwards, centre-back Van Dijk urged his side to put right their performance ahead of the return leg on Merseyside on March 11.

“We conceded the goal from the corner, first chance for them, not even a chance. Bit of luck,” Van Dijk told BT Sport.

“The message at half time was to keep playing. We had the ball most of the game but unfortunately could not create massive opportunities. We still have another 90 minutes to set it right.

“It is the way they play. It is a bit of the Spanish football as well and you have to adapt but we knew it and I feel we handled it pretty well.”

Klopp discusses comparisons between him and ‘emotional’ Diego Simeone