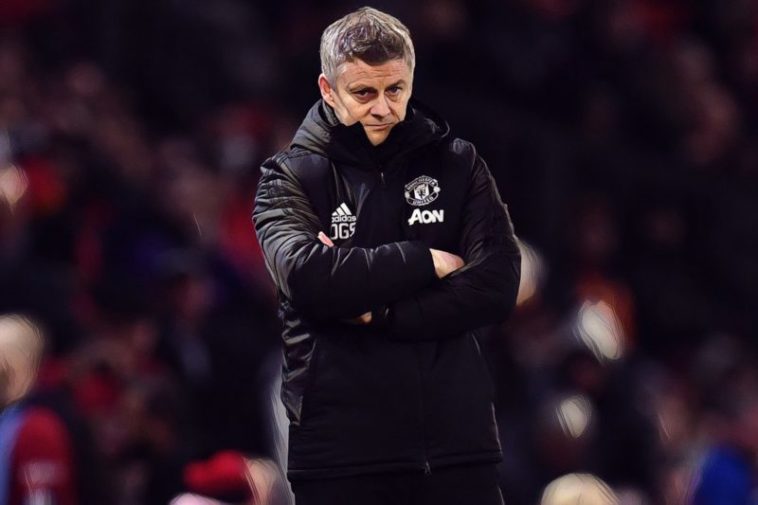 Defensive errors proved costly as Manchester United’s misery continued with a 2-0 defeat at home to a dominant Manchester City on Saturday afternoon.

United were returning to the scene of the crime after the shambolic defeat to Liverpool in their last Old Trafford outing and it was a similar start against the champions, Harry Maguire squandering an early chance with a header before City took the lead just moments later.

The hosts’ defence has been under scrutiny in recent weeks and did little to ease the pressure with another horror moment, Tuesday night’s Champions League hero Eric Bailly slicing the ball into his own net from Joao Cancelo’s fairly innocuous cross.

Fresh from his brace in Bergamo, Cristiano Ronaldo then almost drew his side level with an excellent volleyed effort that was well saved by Ederson, while at the other end David De Gea was forced to spare the Red Devils’ blushes by tipping Gabriel Jesus effort over the bar.

The Spaniard then kept out a Kevin De Bruyne strike and prevented what would have been another own goal after Victor Lindelof’s errant, goal-bound poke, albeit before suffering his own moment to forget as he failed to keep out Bernardo Silva’s tame attempt, after some lax defending from Luke Shaw at the backpost.

That sucker-punch second on the stroke of half-time was richly deserved for the visitors, who had totally outplayed their rivals in the opening 45 minutes, with likely the only disappointment for Pep Guardiola being that his side didn’t have a more commanding lead heading in at the break.

In truth, that two-goal advantage proved more than adequate as the home side hardly put up a fight in the second period, spending much of the half chasing shadows as City strolled their way to a convincing and dominant victory.

As for United, the result ensures yet another defeat on home soil – their eighth in all competitions in 2021 – to pile the pressure once again on manager Ole Gunnar Solskjaer heading into the international break.

Speaking after another chastening afternoon, the Norwegian was clearly disappointed by his side’s ‘passive’ display, amid what he described as a ‘very difficult period’ for the club.

“Very difficult to talk now because we started the game badly. Passive. When they get the first goal, it was always going to be a difficult and it make it more difficult,” Solskjaer told Sky Sports.

“David [De Gea] kept us in the game and then they scored a goal they always score. We know it’s going to happen and it shouldn’t happen.

“They played well. They don’t give you opportunities to win the ball of them. We were not at our level and standards need to be raised.

“The whole place went a little bit. You are disappointed with first goal but we did not play well. We don’t trust ourselves with the ball and don’t pass as well as I know we can. Sometimes wrong solution, sometimes right solution with the wrong execution.

“You want to make it a derby. Coming in to half time at 1-0 down you might have a chance.

“We have to get back to what we started to look like at the end of last season and start of this season. It has been a very difficult period. We need to be on the front foot more. I can’t look at myself and say ‘this is how I want Man United to play.'”

The upcoming international break may come as a welcome relief for United, with their next outing coming against Watford on Saturday 20 November.