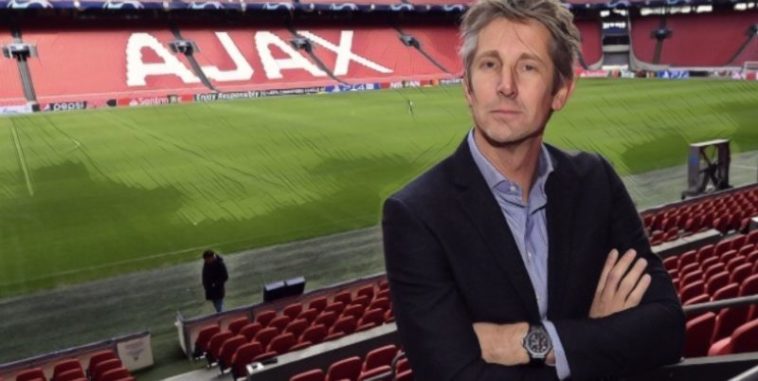 Ole Gunnar Solskjaer’s side completed their first major signing of the summer transfer window with the transfer of the highly-rated Netherlands international, Van de Beek signing a five-year contract with the club after joining in a £40m deal.

The 23-year-old is regarded as one of the finest young midfielders in European football and has starred for Dutch side in recent seasons, with the club’s chief executive and United legend Van der Sar urging his former side to take care of a player who has risen through the Ajax ranks.

“It seems our paths have crossed again. One of ours is joining you this season. And like so many players before him, he’s been with us since he was just a little boy.

After 13 years, I say goodbye to the club that played a huge part in my development. I thank everyone who made this move possible. Time has come for a new chapter, but @afcajax and the fans will always have a special place in my heart. I will keep following you! Donny ❌❌❌ pic.twitter.com/qvJIdrqhiF

“Shortly after his debut, he became one of our best. Especially the last couple of years were amazing. From the Europa League final (no hard feelings) to our Champions League run and winning the Dutch championship.

“The team he was part of showed the world who we are and what Ajax stand for.

“Like you, we pride ourselves on being one of the best at developing talent and giving young players a shot at the highest level. You could say your new star is the embodiment of that pride.

“That’s one of the many reasons we don’t like to see him leave, but we understand it’s time for him to move on. To dream on.

“And where better to do so than in your theatre. Trust me, i know.

“Please take good care of Donny, and help him dream.

Solskjaer also spoke on the arrival of the Dutchman as the Red Devils seek to strengthen their squad ahead of the new campaign, believing Van de Beek has the qualities to ‘succeed’ at Old Trafford and ‘compliment’ the club’s current midfield options.

“Donny has all of the technical attributes needed to perform in this team and has the personality required to succeed at Manchester United,” he said.

“His ability to see space, time his movements and read the game will really complement the qualities that we have in midfield and his arrival really strengthens the depth of talent we have in that position.

“Donny’s performances in the Eredivisie and in Europe have been excellent over the last few years and we are all looking forward to working with him.”