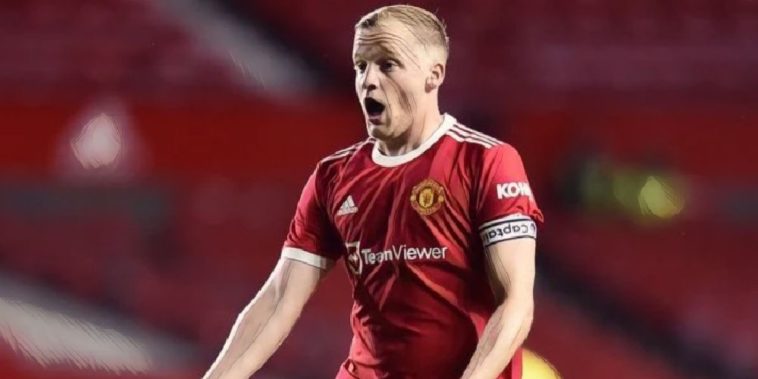 Barcelona are believed to be eyeing up Donny Van de Beek and Tanguy Ndombele – among others – as they seek a new midfield recruit after missing out on Gini Wijnaldum over the summer.

The Catalan giants had looked nailed on to secure the Dutchman’s signature at the end of the last season following a year-long pursuit, the player opting not to extend his expiring contract at Liverpool after five hugely successful years at Anfield.

However, after believing they had their man, Ronald Koeman’s side then saw Ligue 1 superpower Paris Saint-Germain swoop in to hijack the deal, offering the midfielder an increased wage in order to tempt him to make the switch to the Parc des Princes.

Amid their current financial predicament, the La Liga side were unable to sign a suitable alternative before the close of the window, leaving them short on midfield options for the new season.

After the wages of Lionel Messi and Antoine Griezmann were removed from the books, Barcelona president Joan Laporta has said that the club will have around €20m to spend in January, money that may well be put towards a midfielder.

According to Sport, the club have drawn up a list of possible recruits after missing out on Wijnaldum, with Manchester United flop Donny Van de Beek and Tottenham Hotspur man Tanguy Ndombele believed to be two of the players on their shortlist.

The report suggests Koeman is keen for a more physical, box-to-box presence in the centre of the park, in order to ‘complement’ the more technical midfield pair of Pedri and Frenkie De Jong.

Van de Beek has struggled for game time since his move to Manchester United last summer, yet thrived in an all-action role at former club Ajax, notably impressing during the club’s run to the semi-final’s of the Champions League in 2019.

Having barely featured so far this season under Ole Gunnar Solskjaer, the 24-year-old could well be offloaded in the near future, giving Barcelona a realistic chance of making the signing either in January or next summer.

As for Ndombele, the Frenchman has also failed to get going under a succession of managers at Spurs, having originally joined the club for a record fee of around £55m in the summer of 2019.

The report suggests that the former Lyon man even offered himself to the Catalan club last year, such was his desire to secure an escape route out of north London.

As for the two other names on the shortlist, Inter Milan’s Marcelo Brozovic and AC Milan’s Franck Kessie are believed to be potential targets, with both players out of contract at the end of the season.