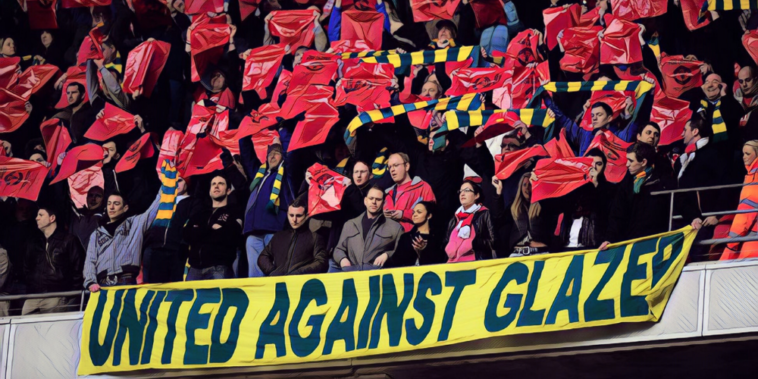 Football clubs are at the centre of their respective communities, with the fans the true heartbeat of each side despite the increasing lack of power supporters hold.

The wealth of the Premier League has seen several owners look to cash in on the league’s riches, but throughout the division’s history we’ve seen our fair share of incompetence and controversy from the men in charge.

Mike Ashley’s much-maligned ownership of Newcastle is now officially over, following the completion of a Saudi-backed takeover that has handed the Magpies the wealthiest backing in world football.

Whilst there remain huge concerns over the Saudi involvement, their massive finances will enable Newcastle to challenge the elite and has seen an outpouring of celebration on Tyneside since the deal’s announcement.

Following Ashley’s exit, we look at five of the most hated club owners in Premier League history.

Leeds’ return to the Premier League in 2020 was 16 years in the making, the club’s slide down the divisions a result of their financial mismanagement at the turn of the millennium.

Ridsdale’s reign saw Leeds challenge the best both at home and abroad, though their success came as a result of ludicrous overspending that soon resulted in a financial implosion at Elland Road.

Having missed out on qualification to the Champions League during the 2000/01 season, the club’s financial meltdown began with key assets stripped in a demise that saw Leeds eventually fall out of the Premier League and tumble down to the third tier of English football.

Leeds’ exorbitant spending including huge sums on players and wages, alongside inexplicable payments for items such as private jet hire, a fleet of 70 company cars and tropical fish for Ridsdale’s office.

Ridsdale later claimed that Leeds’ ‘lived the dream’, but a return of no silverware and almost two decades away from the Premier League saw the owner’s dream turn into a nightmare for the club’s fans.

The current owners of Manchester United have faced huge opposition ever since their initial takeover of the Red Devils in 2005, a highly-leveraged takeover deal that saw United take on loans of £525 million – some with huge interest – to finance the American’s acquisition of the club.

Since then the club’s profits have been used to pay off that initial loan, with the Glazers having drained more than £1bn from the club’s coffers – the American’s usage of the Red Devils’ as a cash cow contributing to their slip from the summit of English football.

The dominant force of the early Premier League, United have now failed to win the title since the 2012/13 season and have since seen rivals Manchester City emerge as England’s elite side following huge and contrasting investment from Sheik Mansour.

Significant protests taking place by 1000s of fans now outside Old Trafford against the Glazers after some got inside onto the pitch. Probably the biggest ever seen.

Comes amid a wider boycott of social media https://t.co/V9pvI8xLkf pic.twitter.com/0yC1xXuqPO

The club’s supporters have protested on countless occasions, including a ‘Love United, Hate Glazer’ campaign early in the American family’s ownership, whilst the formation of FC United of Manchester was by fans angered by modern football and the owner’s greed.

United’s involvement in the European Super League proposals in 2021 sparked another bid to oust the Glazer family from power, fan protests leading to the postponement of a fixture against Liverpool in May.

For now, despite listing more shares on the New York Stock Exchange, the family appear to be going nowhere, continuing to drain every last drop from the club’s resources.

The financial year to June 2020 saw the Red Devils make a loss of £23m as a result of fallen revenues amid the Covid-19 pandemic – a figure that inexplicably contained a £23m dividend paid to an ownership whose greed knows no bounds.

Another American ownership who looked to cash-in on the Premier League’s wealth, Tom Hicks and George Gillett Jnr initially promised huge things when arriving at Liverpool in 2007.

The Boston duo’s grand ideas included the building of a new 60,000-seater stadium to replace Anfield, but their ownership proved one of false dawns and broken promises.

Saddling the club with huge debts, Hicks and Gillett were unable to refinance the Royal Bank of Scotland loans used to purchase their controlling stake in the Merseyside club.

Liverpool had posted record losses of £54.9million, which included interest payments of £40.1m and a stunning £472.5m owed to creditors, the Reds nearing financial implosion with the two owners at loggerheads as their relationship broke down.

The off-field chaos was matched with a downturn in performances on the pitch, as Liverpool fell from a position of Champions League finalists to mid-table mediocrity in the Premier League.

Facing administration, a London high court ruling severed the American’s ties with the club and jettisoned the pair from their positions, a mess current owners Fenway Sports Group have helped resurrect over the past decade.

Mike Ashley’s era initially began promisingly at Newcastle, the retail entrepreneur portraying a ‘man of the people’ image as he drank pints alongside supporters on the St James’ Park terraces.

The reaction to his exit, however, shows the feeling of the Newcastle fans.

What had shaped as a potentially exciting era resulted in arguably the worst period in the club’s modern history, over a decade of uninspiring football and the absence of both investment and ambition.

Ashley alienated both club icons and the supporters, making a number of bizarre decisions that included appointments of managerial names including Joe Kinnear and John Carver.

Having finished as league runners-up twice and competed in the Champions League during the first decade of the Premier League, the Ashley era has seen Newcastle twice relegated and sucked all form of hope from a long-suffering and passionate fanbase.

Ashley’s renaming of St James’ Park, fall-outs with Kevin Keegan and Alan Shearer, and treatment of Jonás Gutiérrez are just some of the notable lowlights from an era that Newcastle fans are rejoicing to see the end of.

It’s fair to say the Venky family have made their mark at Blackburn Rovers, though not quite the ones fans had initially anticipated amongst the outlandish claims the Indian owners made upon their arrival at Ewood Park in 2011

Blackburn were far from the force that won the 1994/95 Premier League title when the Venky’s arrived, but a seventh-place finish two seasons earlier remains some distance from their current fate.

The Venkys had vowed to bring Champions League football to the club and talk surrounded the signings of stars such as Ronaldinho and the appointment of Diego Maradona as manager.

What ensued was a swift slide down the division, with the advice of outside sources – including a Sport Entertainment and Media Group headed by Jerome Anderson – contributing to a chaotic period of bad appointments and questionable signings.

Blackburn were relegated from the Premier League during the 2011/12 season and have not been back since, dropping into the third tier for a single season before returning to the Championship.

Having spent a decade in the top division before the Venky’s arrival, it has been a period of much disappointment for the Rovers supporters since.