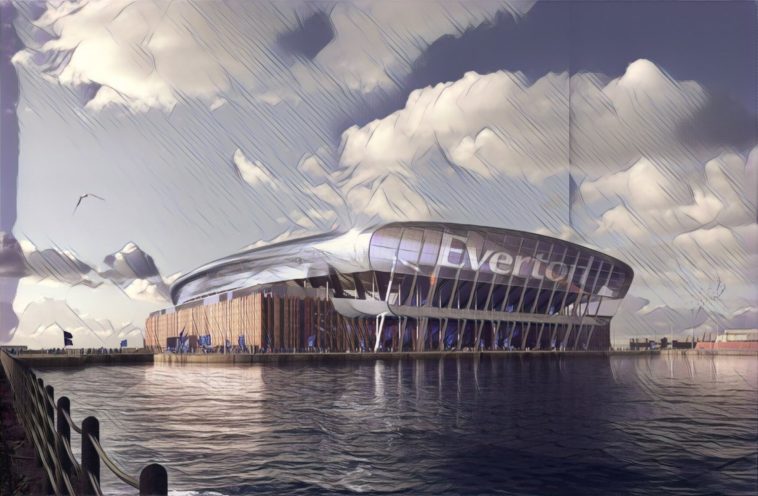 Former Arsenal shareholder Alisher Usmanov has agreed a £30m deal with Everton over the naming rights for the club’s new stadium at Bramley-Moore Dock.

Everton are currently awaiting the green light to begin the construction of their new 52,000-seater stadium as the club prepare to leave their Goodison Park home, the Toffees having submitted a planning application in December with the arena on Liverpool’s docklands scheduled to be built by 2023.

The club have now confirmed that investor Usmanov has secured the naming rights for the new ground, the latest interest and investment from the Russian business magnate whose USM company already sponsors Everton’s Finch Farm training ground.

“Today, we are delighted to announce the Club has entered into a £30m new arrangement with USM, in addition to our existing relationship,” Chief Finance and Commercial Officer Sasha Ryazantsev said at the clubs AGM on Tuesday night.

“USM purchased an option that enables them to enter into a naming rights contract for our new stadium in Bramley-Moore Dock at a pre-agreed annual value and term.

“This innovative deal secures additional commercial revenue for the Club and the option premium we are due to receive will be exclusively used as the Club’s further contribution to the project’s equity.”

There is no suggestion as to what the new stadium could be, though the news will come as a welcome boost to the Merseyside club after they confirmed record losses in their most recent accounting period, a loss of £111.9m being posted as the club have struggled to see a return from the significant investment of majority shareholder Farhad Moshiri.

Usmanov is a close friend of Moshiri and his growing influence is welcomed at the club, the 66-year-old having previously sold his shares in Arsenal in 2018 to majority owner Stan Kroenke.

The billionaire’s backing of Moshiri could enable Everton to continue spending as they bid to close the gap on the Premier League‘s traditional ‘big six’, a succession of managers and big-money signings having so far failed to establish the club as challengers for silverware with their last trophy coming back in 1995.

Read – Everton aiming for ‘two or three’ signings, and why Wilfried Zaha deal was ‘not realistic’