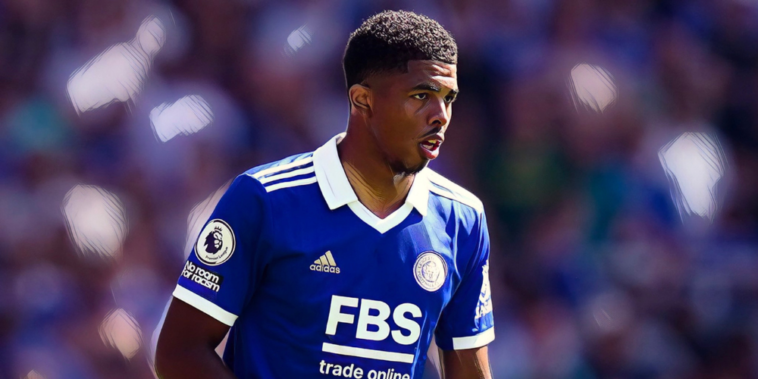 Wesley Fofana is training with Leicester’s U23 side after the unsettled defender failed to turn up for first-team training amid interest from Chelsea.

Chelsea have seen three bids rejected for the 21-year-old, with the Foxes turning down an improved offer of £70m for the centre-back on Tuesday.

Fofana wants to leave and is understood to have missed training last week, an incident which has seen Brendan Rodgers confirm that the Frenchman is now training with the club’s U23 side.

Brendan Rodgers has confirmed a third bid from Chelsea for Wesley Fofana has been rejected. He also said Fofana is training with the U23s after failing to turn up to a training session last week. He wants the situation resolved asap. #LCFC

Fofana was dropped for last weekend’s 2-1 defeat to Southampton and was again not included in the squad as Leicester beat Stockport County on penalties in the Carabao Cup second round on Tuesday evening.

Rodgers discussed Chelsea’s interest in Fofana during his post-match press conference, alongside the decision to send the defender to the U23 squad.

“There was an offer gone in and it’s been rejected. Apart from that, I’m not 100 per cent on the other details, because we were focusing on the (Stockport) game.

“He’s training with the under-23s so he can get his football fitness and keep working. It’s so important at this stage to control any sort of distractions that may be there.

“He’s a good kid, it’s just been a really challenging situation for him. I’ve had it a number of times in my career where there’s players who can deal with it, cope with it, get on, want to help their team-mates. There’s others that just can’t deal with the distraction.

“Of course that distracts them and it’s not quite right, and they miss a training session, then you need the full commitment from your players.

“These guys get well paid. The very least you can do is turn up. And if you don’t, with all due respect, you can’t then just think you can walk into our group.

“But like I say, within day-to-day, he’s a good kid – it’s just been hard for him to deal with everything, and whilst he’s in that frame of mind, it’s been difficult for him to play.”