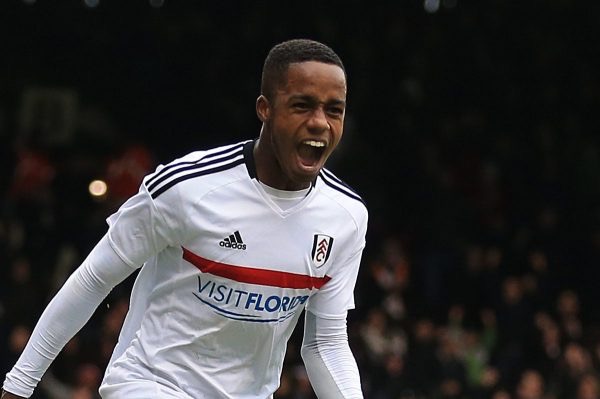 A few hours after United sources delivered the surprising news that Antoine Griezmann was no longer the club’s number one transfer target, rumours are spreading that United are joining in the chase for promising Fulham youngster, Ryan Sessegnon.

Sessegnon burst onto the scene with 30 appearances in Fulham’s Championship and domestic cups campaign. He has made a name for himself as a left-back that can defend reasonably well but clearly attacking is his strong point.

Observers have pointed out the similarities he and Brazilian left-back Roberto Carlos have, both have the same ability to make defending look fun and can contribute a great deal offensively, in fact, Sessegnon this season has seven goals not a bad total for a left-back.

It should not come as a surprise that some major English clubs are battling for his signature. Liverpool, Manchester City and Tottenham are some of the clubs United are competing with to sign the left-back.

He is seen by many as a future heir to the United left-back spot so Luke Shaw would not immediately fall down the pecking order.

Sessegnon is open-minded to staying at Fulham for at least another season to get more games under his belt and that the number of games he plays will be a major factor for him for choosing a club if he chooses to move.

The teenager turned 17 on May 18, the earliest point he can sign a professional contract and he has a pre-contract to begin at the start of next month. However, if Sessegnon was to not sign a professional deal with Fulham he would be available for just £2 million.

United are in a dire need for a left-back with the situation around Luke Shaw looking more negative, however, it remains even if United do sign Sessegnon. There remains the question whether he can handle the pressure of playing for a big club like United. After all, Luke Shaw was raved about by everyone but injuries and criticism by Mourinho look to have ended his Old Trafford career. If Sessegnon can avoid the bad luck that Luke Shaw had with injuries then he could definitely fill the gap in left-back left by Patrice Evra.

United fans will hope they can sign the rare bird that is Sessegnon and watch him delight Old Trafford for years to come.