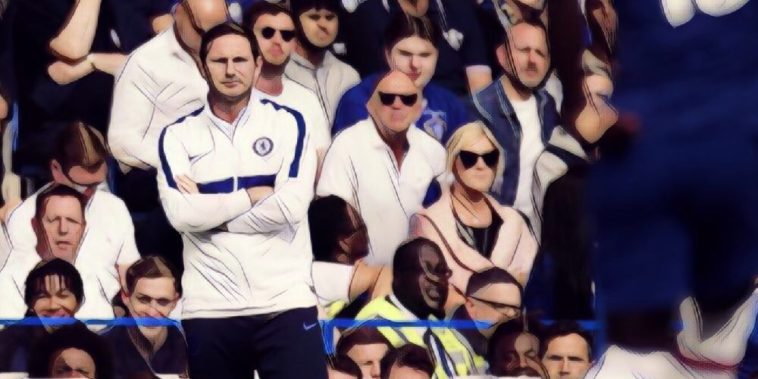 Frank Lampard has said that his Chelsea side needed to play with more ‘personality’ after being held to a 1-1 draw by Leicester at Stamford Bridge.

Chelsea took the lead through Mason Mount, who showed great determination to press Wilfred Ndidi, forcing the Nigerian into a mistake, before Mount finished it off past the helpless Kasper Schmeichel.

Ndidi did make amends for his first-half error just after the hour mark, the 22-year-old making the most of some poor Chelsea marking to power home a header from a corner.

Speaking after the game, Lampard said that he was unhappy with the Blues’ second-half display and called on them to show more personality, with Leicester having created a whole host of chances to win the game.

“It was a really good start, fantastic, and we could’ve been two or three goals up,” Lampard told Sky Sports.

“We were quick, bright, energetic, then we allowed Leicester back in the game and in the second half I was not very happy, we offered them too many chances on the counter-attack.

“We can only look at ourselves. In all of our matches I have been delighted in big passages of having the ball but we didn’t have enough angles or options to keep the ball moving.

“We have to have more personality, we saw that in midweek, but today we didn’t have that.”