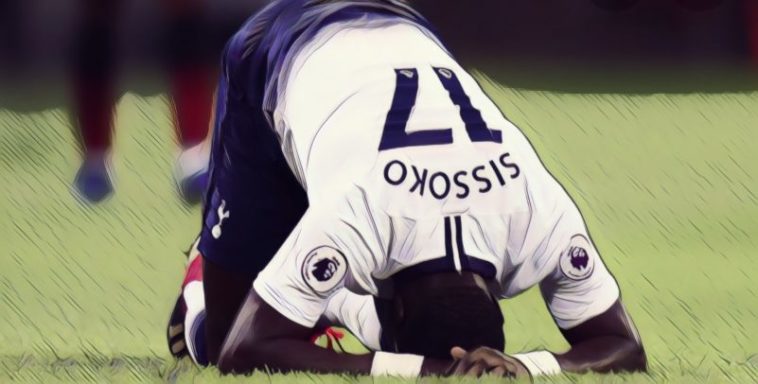 The best and funniest football-related tweets of the week, featuring the perfect pass, Cristiano Ronaldo’s awful acting in an awful advert, Daniele De Rossi getting in the spirit of Argentine football, and Frank Lampard the Tory Night King.

The timing, the weight of the pass, the vision. Pass of the century, this.

Malcom returns the ball to the ref with great accuracy

His reaction is priceless pic.twitter.com/Xpx3Dedbse

Swing and a miss. And another.

Last night at Salford v Leeds… this was conveniently left out by Sky Sports 😂 pic.twitter.com/eoM377n2SB

Imagine having as much money as Cristiano Ronaldo, but still willingly do this advert.

What have I just watched? https://t.co/MVhuUbJVr4

Gary, do yourself a favour and logout.

Something tells me Daniele De Rossi is going to get on just fine in Argentinian football.

At least the Leeds United fan had an excuse, whereas this guy’s an alleged professional.

This is what you’d get if you crossed football with American Gladiators.

He got straight up😂 only Mitro is capable of this. How can you hate this guy?🤣🤣 https://t.co/MnitTHYVWj

The greatest sixty seconds in the lives of Liverpool fans.

Oh Celtic, will you ever stop embarrassing yourself.

Maybe think twice next time before you hit send. Could bite you in the arse five years down the road.

Hi Craig, remember this tweet back in 2014… I always remember it to this day. Ironically your a Villa fan who I made my debut with! Never tell anyone they can’t achieve something 👍🏻 @CraigTa90961607 pic.twitter.com/smCgi0VSlO

This week has just been non-stop roasting.

Ooooh massive bite 🎣
Just because your arse fell out when Pardew threw the head on you…Get back to your Xbox! https://t.co/61rpYycvFl

"Gender is irrelevant." @VirgilvDijk on Stephanie Frappart becoming the first female referee of a major men’s UEFA match when she takes charge of the Super Cup 👏 pic.twitter.com/OkOWUpO4WH

It was a great night for Liverpool, but ended in bizarre circumstances for goalkeeper Adrian after suffering a freak injury:

Did anyone see this slide tackle by some idiot after the shoot out… what the heck man!! #LFC #SuperCup pic.twitter.com/hJrGpiguMd

Solidarity from everyone here at The Football Faithful to Andy.

In tears…. Devastating day…. Need a few villa mates…. Just had to tell my 13 year old son… I have incurable cancer and we won't be getting down to watch them in the prem…. So when we bicker about team etc… Think on please

Read Also: The 16 Players to have scored over 25 goals in a Premier League season