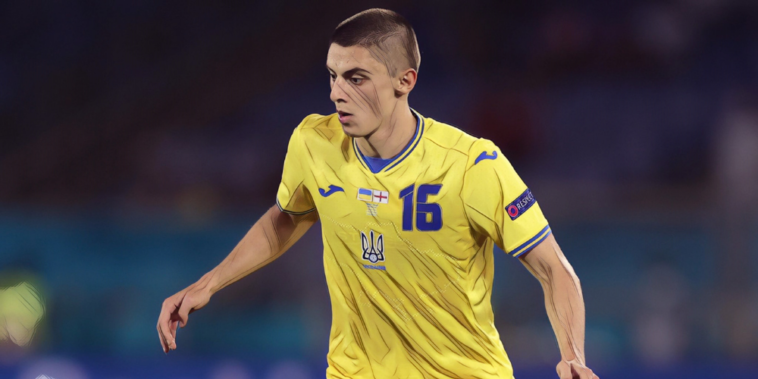 Everton are closing in on the signing of Vitaliy Mykolenko from Dynamo Kyiv, with the left-back undergoing a medical ahead of a winter window move.

Rafael Benitez has moved quickly to strengthen his options following the departure of Director of Football Marcel Brands, with the Spaniard having identified left-back as a priority position amid speculation of a fall-out with Lucas Digne.

Benitez was coy on the future of Digne ahead of Everton’s 1-1 draw with Chelsea on Thursday, after the Frenchman had made himself unavailable for the clash through illness.

Fabrizio Romano has confirmed that the Toffees are now closing in on the signing of Mykolenko, having agreed a deal worth around €21m for the Dynamo Kyiv defender.

Mykolenko has made 132 appearances for Dynamo since coming through the club’s ranks and won the Ukrainian Premier League in 2020/21.

The 22-year-old has also earned 22 caps for Ukraine at international level and formed part of the side that reached the quarter-finals of Euro 2020 last summer.

His arrival follows a modest summer of recruitment in which the Toffees invested just £1.7m, with Benitez set to be handed funds this winter following a disappointing start to the campaign at Goodison Park.