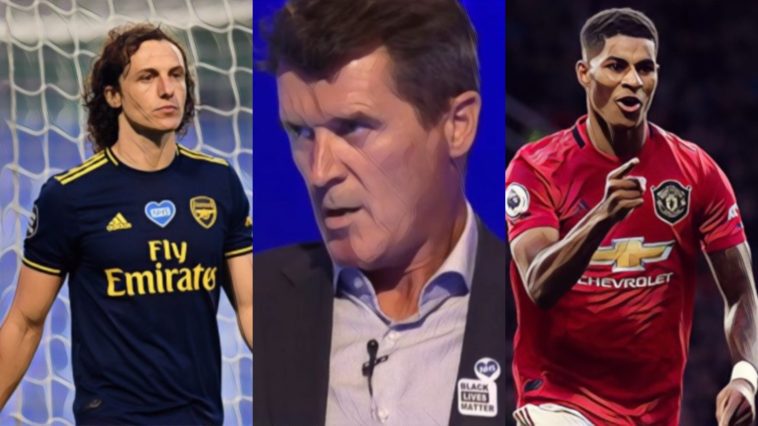 The best tweets from the world of football this week, featuring the long-awaited return of Premier League football, Roy Keane’s angry outburst at Man United, David Luiz imploding, and Marcus Rashford using his powers for good.

Norway has gone too far.

📺 Frankly disturbing Premier League promo from our broadcasters in Norway.

The phones were hopping.

My boyfriend’s dormant WhatsApp groups coming back to life now that the Premier League is back pic.twitter.com/PuBLkfJBrw

Some weren’t so pleased about the Premier League’s return, however.

Suggestions were made as to how to improve the viewing experience.

This tunnel cam could add some real WWE type excitement with substitutions. Imagine Arsenal getting thrashed and then seeing Thierry Henry running down making a surprise return like Stone Cold Steve Austin

Lockdown has affected us all in different ways.

No crowd noise has its merits.

You, an intellectual: "I don't listen with the crowd noises because I like to hear the tactical instructions."

Did the Aston Villa goalkeeper carry the ball fully over the line? Who can tell really…

ball has to go 2 metres past the line, keep up

Two injuries and an individual error leading to a goal. The Arsenal are back.

One might say David Luiz has increased his productivity.

Things did not get better against Brighton.

Good to see Roy Keane has mellowed out.

Meanwhile, Marcus Rashford managed to get the government to spend £120m on feeding hungry children. All in a week’s work.

An Open Letter to all MPs in Parliament…#maketheUturn

The conspiracy theorists weren’t having it, probably.

"It's funny you say that Jeff. A guy I subscribe to on YouTube has done a study that suggests children should only be eating once or twice a week anyway. I'm not saying I agree with him but it's worth a watch." pic.twitter.com/M6XHysrvQu

But it’s clear that Rashford is the most popular man in Britain right now.

“What about old Danny Rashford, ay? Some player. Pringle?” pic.twitter.com/giQG2JBGlF

"I'd also like to express my fondness for… that particular footballer." pic.twitter.com/24TMNDrc6V

Five of the funniest comedy football sketches ever

Does… the Liverpool admin not understand football or?

English international football in the 90’s summed up.

They would lose to each other on penalties. https://t.co/gTcWFPcBNu

Emre did NOT like Crystal Palace loanee Alexander Sorloth shushing him.

Here is Big Alexander Sørloth treating Emre Belözoğlu to some textbook "Shut your mouth" sign language and Emre, well… Emre isn't impressed at such a display of insolence. pic.twitter.com/OUgkZPh8FM

Read: How Waddle and the Owls became the beautiful losers of the 90’s