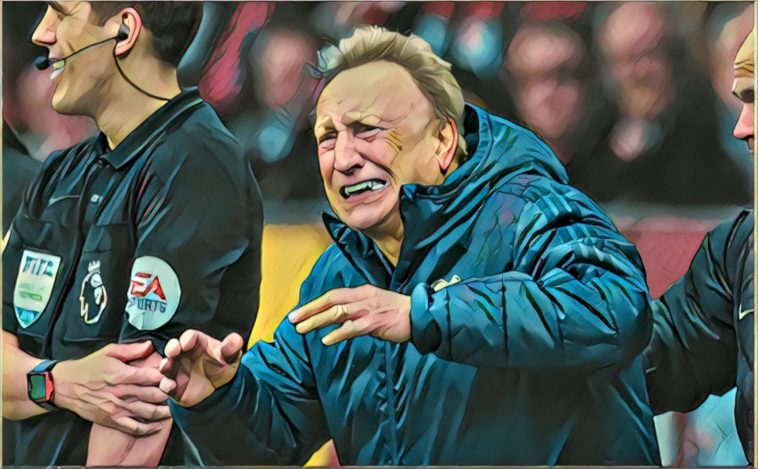 On the day his team were dumped out of the Premier League, Neil Warnock went viral, but not in the way you might expect.

The day has finally come. It’s one that we knew would happen before the season even happened, although it took a bit longer than anticipated: Cardiff City have been relegated.

And with their relegation, so too does Neil Warnock leave the top flight for another year. At 70 years of age it is unlikely he will be here again, although no one expected him to win a record eighth promotion last season when he was 69.

3 – Neil Warnock has suffered his third top-flight relegation, going down with three different teams in three different decades – Notts County in 1991-92, Sheffield United in 2006-07 and Cardiff City in 2018-19. Traverse.

Next Sunday could conceivably be his last Premier League game ever, so we should savour every last bit of Colin while he’s still in the top flight. Or not, he’s a bit like Marmite, you either love him or hate him.

It was nice of him though, to become a meme on Cardiff’s last home game of the campaign, as he squared up to the television camera pre-game.

BT Sport were clever enough to put the clip online, which sparked the torrent of memeage.

This is Neil Warnock’s world; we’re just living in it pic.twitter.com/w6qKbhMhw0

There was a touch of the Liam Gallagher’s about it.

Let’s start a petition to make this the official music video of Live Forever by Oasis.

Liam G x Neil W is the collab we all wanna see… pic.twitter.com/SXYxhxPoAp

It works for pretty much any nineties British rock group, really.

Warnock, in his basement, at 3am, off his head on ketamine as he devises new ways of getting the ball up to the big man.

Let’s play that again, but in reverse.

“Do I leave it in for another minute or take it out now and hope for the best?”

What the food in the microwave sees when I'm checking how long is left https://t.co/cixXtFPJCX

Jokes aside, Warnock’s impact on English football is second to none…